Asus ROG has introduced Zephyrus S17 and Zephyrus M16 as the latest addition to its gaming laptop lineup. Both the laptops are powered by Intel Core 11th Gen H-series processors and come with intelligent cooling systems. 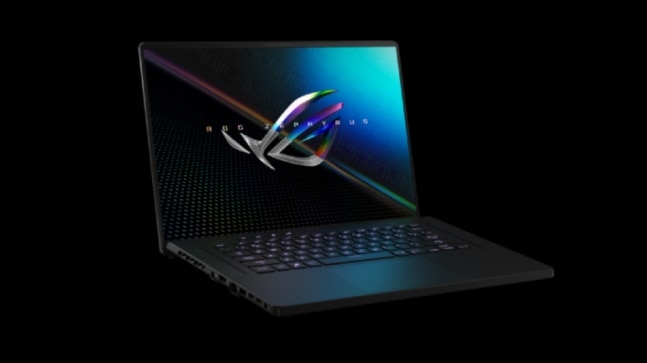 Asus has revealed two new gaming laptops as part of its ROG series. Named ROG Zephyrus S17 and ROG Zephyrus M16, the laptops were launched during the For Those Who Dare virtual event.

As for highlights, the new Asus laptops are powered by Intel Core 11th-Gen H-series processors and come with intelligent cooling mechanisms, near bezel-less displays and backlit keyboards.

Asus has confirmed that the laptops will be available in India at a later date. No other information around the price and launch date of the laptops have been provided, though.

Asus ROG Zephyrus S17 has been launched as a premium offering by the gaming division. It features a 17.3-inch QHD DDS panel with165Hz refresh rate and weighs about 2.6kg.

An 11th-Gen Intel Core i9-11900H processor powers it. For graphics, it uses Nvidia GeForce RTX 3080 GPU that reaches 140W with Dynamic Boost. The memory is taken care of by 16GB of onboard RAM and up to 2TB SSD storage.

The gaming laptop uses a rising optical-mechanical keyboard in order to enable better heat dissipation. The AAS Plus cooling system lifts the keyboard up to a 5-degree angle, thereby opening wide vents for the Arc Flow fans to pull cooling air into the laptop.

It is backed by a 90Whr battery with fast charging that promises a charge of up to 50 per cent in just 30 minutes. There's also support for USB Type-C charging for up to 100W.

The Zephyrus M16 gaming laptop comes as a more humble offering by Asus ROG. It sports a 16-inch WQHD display with a 16:10 aspect ratio offering a 165Hz refresh rate and 3ms response time. Housed within a very slim 15-inch chassis, other features on display include Adaptive Sync, Pantone-validated colours and Dolby Vision support.

Zephyrus M16 comes in processor options up to 11th-Gen Intel Core i9-11900H. Similarly, the graphic capability offered is up to GeForce RTX 3070 GPUs. The gaming laptop comes with up to 48GB of RAM and up to 2TB SSD onboard.

As for the cooling system on the Zephyrus M16, a ROG Intelligent Cooling system has been appointed that uses a liquid metal compound as well as Arc Flow fans for keeping the device cool.

The laptop runs on a 90Whr battery that supports fast charging technology for a 50 per cent charging in only 30 minutes. Zephyrus M16 weighs about 1.9 kg and is 1.99 cm thick.

Redmi Watch with sleep and heart rate monitoring launched in India at Rs 3,999