Bought Nokia 5.3 last year? Here is why you should not upgrade to Nokia 5.4

HMD has launched a new smartphone called Nokia 5.4 and it is an upgrade over the Nokia 5.3 that was launched last year. But should you upgrade? 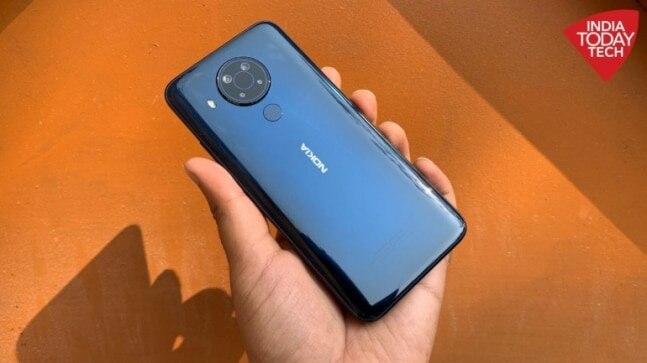 It is a good thing the price is not even a buck higher. But that is because the difference in the specifications of the Nokia 5.3 and Nokia 5.4 is not too wide. So, if you have a Nokia 5.3 (Review), which you bought last year, there is not a solid reason to upgrade to the latest Nokia 5.4. And to tell you how much sense upgrading from Nokia 5.3 to Nokia 5.4 makes, here is an analysis of how different the two phones exactly are. This includes the difference in the specifications and performance of Nokia 5.3 and Nokia 5.4.

First, let us talk about the specifications.

The Nokia 5.4 has a 6.39-inch 720p LCD with 400 nits of brightness while the Nokia 5.3 packs a 6.55-inch 720p LCD with 450 nits brightness. Clearly, the Nokia 5.3 is a better device, even though these are marginal differences and will not materialise into large real-world outputs. The Nokia 5.4 is powered by a Qualcomm Snapdragon 662 processor while the Nokia 5.3 arrived with a Snapdragon 665 processor inside. The latter is a better processor and the most critical difference is the high download speed on it. Both phones have a 4000mAh battery with 10W charging technology.

Now, the biggest differences are in the cameras that are in favour of the Nokia 5.4. The Nokia 5.4 comes with a 48MP main camera, a 5MP ultrawide camera, and two 2MP auxiliary cameras on the back. This is a huge upgrade over the 13MP main sensor on the Nokia 5.3, accompanied by the same set of camera sensors. For selfies, the Nokia 5.4 has a 16MP camera inside the punch-hole setup, as opposed to the 8MP camera residing inside the waterdrop-style notch on the Nokia 5.3. Okay, let us jump to if these differences actually make a difference in your usage and justify your desire to upgrade from the Nokia 5.3 to Nokia 5.4.

Talking about the display, I did not realise much difference in the size, although there is clearly one. The displays of both Nokia 5.3 and Nokia 5.4 are good enough to watch movies and play games. The brightness is decent, although the Nokia 5.4 screen gets minutely brighter under direct sunlight. I did not face issues either by the punch-hole or the notch, so that is another irrelevant difference point. Although you can have a preference here -- whether you like notches or punch-holes -- and that will guide you in buying the phone.

Yes, the Nokia 5.4 has better cameras than those on the Nokia 5.3, at least on paper. I have not tested the Nokia 5.4 cameras yet but they are likely good enough for the price. The Nokia 5.3 also clicked decent pictures but considering the difference in the main sensor resolutions, you can expect improvements in the photos clicked on the Nokia 5.4. And this is probably the biggest reason why Nokia 5.4 makes sense as a Nokia 5.3 upgrade. Because the rest of the things do not translate into a call to upgrade within a matter of six months or so.

Moreover, both Nokia 5.3 and Nokia 5.4 come with two years of Android version upgrades. This means the Android 11 and Android 12 software will be available on both phones and the Nokia 5.4 does not have an upper edge here, despite being a newer phone. And that is the benefit of buying a Nokia phone. You get timely updates no matter what phone you have because they all run on the Android One programme.

If your phone has become old and is giving issues, Nokia 5.4 is not a bad phone to consider. But if you have a Nokia 5.3 that is running fine, I do not see a solid reason to upgrade to the Nokia 5.4.