Lava Mobiles has been carrying out manufacturing contracts for several companies, becoming the second-largest feature phone manufacturer in India. 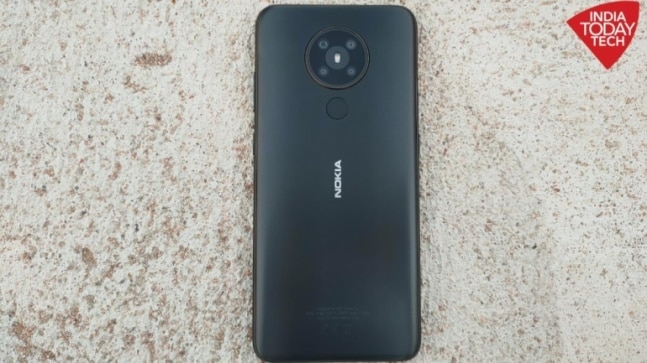 India's homegrown mobile phone company Lava Mobiles is not just selling its own products in India, it is now reportedly manufacturing handsets for other brands. Lava is said to be in agreement with HMD Global and Motorola for making Nokia and Moto handsets at its manufacturing facilities in India. Since Nokia and Motorola smartphones come with the 'Made in India' inscribed on their back, their companies are resorting to convenient and cost-effective methods for ensuring that. Lava Mobiles is also in talks with telecom companies for subsidy on these handsets, according to a report.

Citing a person familiar with the development, a report by Economic Times has said that Lava Mobiles has reached "an advanced level of talks" with one of the telecom companies in India. This would mean that these handsets will be co-branded. The source also mentioned that the company is talking to all three major telecom companies of India for design and manufacturing partnerships that it has taken up from HMD Global. Besides, Lava is also holding similar discussions with Motorola for manufacturing handsets in India.

The Indian company has been approved under the Production Linked Incentive (PLI) scheme that was announced by the Indian government recently to boost local manufacturing. Under the scheme, each manufacturing company has to meet a target, including Lava that has ramped up its production capacity to 30 million smartphones and 45 million feature phones now.

Lava has now started making Nokia handsets for HMD Global. It is advantageous to HMD Global because Lava is a local manufacturing firm for India, which it has been searching to offload some manufacturing contracts from FIH Mobile for international sales.

Motorola, on the other hand, was recently reported to be in talks with Dixon Technologies and Lava for smartphone manufacturing contracts worth $1 billion (roughly Rs 7,398.26 crore).

The primary reason why Lava is pushing for tie-ups with foreign companies, the source has mentioned, is its strategy to combine manufacturing with supply chain, so that their ecosystem can be harnessed to increase manufacturing at the local facilities. This would allow Lava to meet targets for the PLI scheme, as well as emerge as one of the leading manufacturers for smartphones in India.

Lava is the second-largest feature phone maker in India, drawing its major revenue portions from the government. It hopes to scale up its enterprise revenues from Rs 70 lakh last year to nearly Rs 300 crore this year, thanks to its linkage with government schemes, including the one where it shipped over 1.7 lakh smartphones to the Punjab government.

However, its smartphone business fell flat over recent years. Under the new scheme, Lava Mobiles want to give a new lease of life to its manufacturing business for smartphones and leverage that for pushing its own smartphones in India again to take on the competition.

Reliance Jio's Jio Phone is manufactured by Flex but it is planning to bring low-cost 4G handsets now in partnership with Google. The manufacturer for these handsets is not immediately known. This follows the multi-dollar investment that Google made into Reliance Jio to strengthen the presence in India even further. This would involve selling extremely affordable smartphones -- those having their prices as low as feature phones' -- powered with Android.

Airtel, on the other hand, is said to be talking to handset vendors to manufacture and sell 4G handsets under the carrier subsidy model. This model is not new to the Indian mobile phone ecosystem. In the early days of mobile phone penetration, Reliance Mobile began selling carrier-locked CDMA handsets with a carrier subsidy. Later, Tata Indicom entered the same space. Jio began selling Lyf handsets with the same business strategy before its business went kaput.

Vivo Y1s tipped for December launch, could come to India in partnership with Reliance Jio