As per the company,IQOO 3 will bring a combination of high-end performance and future-ready 5G capabilities. The phone is scheduled to be launched on February 25. 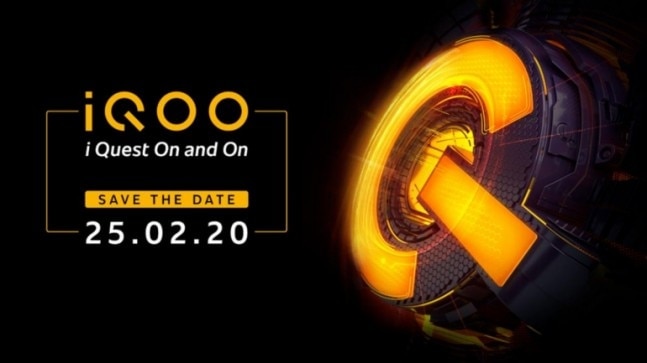 Chinese phone maker IQOO is all set to launch its first smartphone in India, the IQOO 3 on February 25. The phone is scheduled to be launched in Mumbai and the company has already started sharing invites for the same.

Since its entry into the market a few weeks ago, IQOO has been teasing its upcoming phone incessantly. These teases combined with the leaks have revealed some crucial information about the device, including the fact that it will be India's first phone to support 5G basebands, and will also be the first to come running a Qualcomm Snapdragon 865 chipset. After its launch on February 25, the phone will be available for purchase via Flipkart and IQOO.com.

As per the company, IQOO 3 will bring a combination of smartphone performance and future-ready 5G capabilities. The smartphone is also touted to also feature best-in-class performance, an enhanced camera, long-lasting battery life, and unmatched gaming experience.

Though the company hasn't been talking about the price segment that the phone will target, the specs hint that the IQOO 3 could be launched as a competitor to OnePlus and Samsung in the sub Rs 40,000 segment of the market.

Commenting on the partnership with Flipkart, Gagan Arora, Director-Marketing at iQOO said, iQOO has been created to deliver a unique experience to young, technology-savvy consumers. iQOO is born to be a challenger just like its users, and the entire design process is guided by the evolving needs of these consumers, who desire for best-in-class performance. iQOO phones are built for those consumers who are naturally skeptical of the status quo and are constantly seeking to improve themselves.

While much is not known about the device, we have previously seen a leaked photo of what is tipped to be the IQOO 3. The image appeared on the Chinese social media website, Weibo. The leaked image show the device with a punch hole for the selfie camera in the upper right corner of the display. Interestingly, the leak also shows another smartphone, which is being said to be the Oppo Find X2.

The leak came courtesy of Digital Chat Station, which shows the phone to sport a flat panel. The image also shows a round fingerprint icon in the lower half of the screen, with the iQOO flagship possibly featuring an in-display fingerprint sensor.