Asus launches the Zenfone AR with 8GB RAM at Rs 49,999; available on Flipkart from 4pm

Asus launched the Zenfone AR during an event, here in India. The device targets a niche market of smartphone buyers who are interested in experimenting with augmented reality. 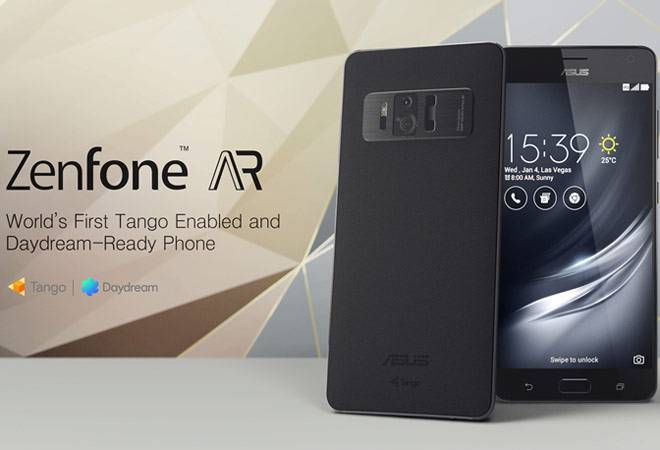 Asus launched the Zenfone AR during an event, here in India. The device targets a niche market of smartphone buyers who are interested in experimenting with augmented reality. The company considers it to be a starting point for a major technological change in the smartphone industry.

Buyers can purchage Google's Daydream headset with the phone at a discounted price of Rs 2,500. The company claims this offer will encourage people to have a more complete AR experience. Other than that Reliance Jio will be providing additional 100GB data for buyers.  The sale is scheduled to begin at 4pm today.

Asus first unveiled the Zenfone AR during the CES held earlier this year. Back then the company grabbed attention using the massive 8GB RAM, which was also the first time for a smartphone to have such incredulous amount of RAM. However, the USP of the device is its AR technology which supports Google's Tango platform and Daydream technology.

The Snapdragon 821 chipset featured in the device is tweaked specifically to support augmented reality along with an enhanced camera module to measure depth and track motion.

Here are the specifications of the device:

Processor
The device is powered by a dated but specially modified Snapdragon 821 chipset which will enable the graphic intensive augmented reality interface. The massive 8GB RAM on the device will also help with the processing for augmented reality. Along with the 8GB RAM, the device comes with 128GB of internal memory which can be expanded up to 2TB using a MicroSD card.

Display
The device sports a 5.7 inch AMOLED QHD display with a resolution of 1440x2560. The display and the back panel curve at the edges giving it a thickness of 4.9mm in comparison to the thickness at the centre which is around 7.8mm thick.

Camera
The device comes with a prominent camera bump on the rear panel which again, has been built with the Tango platform in mind. The 23Megapixel module comes with both 4-axis OIS (optical image stabilisation) as well as 3-axis EIS (electronic image stabilisation) for stable recording as well as better low-light performance. The front camera comes equipped with an 8Megapixel wide angle camera.

Nokia 6 to go on sale on August 23, here's how you can register for the first sale