Nokia takes on Apple, Samsung with Nokia 8; all you need to know

With a successful run of Samsung's Galaxy S8 and the most anticipated smartphone of 2017, anniversary edition iPhone 8, it seems it's the year of the '8'. 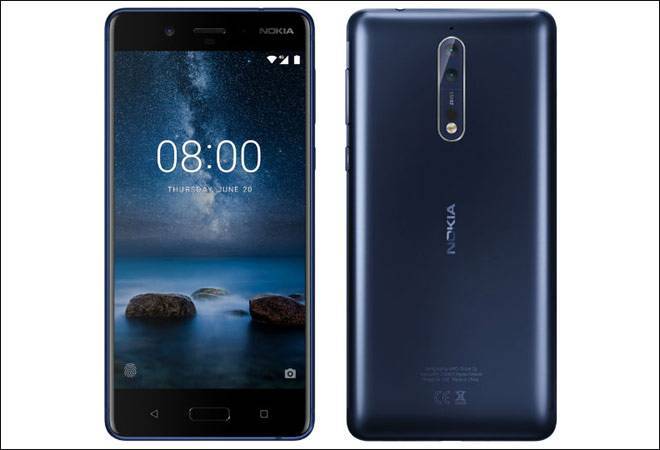 With a successful run of Samsung's Galaxy S8 and the most anticipated smartphone of 2017, anniversary edition iPhone 8 , it seems it's the year of the '8'. Nokia, under HMD Global has also launched the Nokia 8, which is the first Nokia Android device with flagship specifications.

The device will start selling at approximately the same time as Samsung's Galaxy Note 8 and Apple iPhone 8. During the launch event, Nokia claimed that the Indian customers will get the device in the beginning of October. It is priced at  Euro 599 (Rs 45,000 approx).

The device was launched at an event on Wednesday in London. One of the biggest reminiscent of the old Lumia devices, the Carl Zeiss optics, will make a comeback with Nokia 8. The Carl Zeiss technology has always given the Nokia brand an advantage in field of cameras.

Apart from the camera, the Nokia 8 will have flagship specifications ready to tackle most other in the premium devices in the segment.

Here are the highlights of the device:
Design
The new design is much like what the leaks demonstrated. The phone has heavy top and bottom bezels but very narrow side bezels. Other than that Nokia sticks to its original DNA in terms of overall designing.

Nokia 8 has a sturdy unibody build which is carved out of 6000-series aluminium. The device will be available in both glossy and matte variants.
The device will come in four colours namely, Polished Copper, Polished Blue, matte Tempered Blue and Steel. The flagship device will also feature an IP54 rating which will give it mild protection from splashes and rain.

The bottom bezel of the device houses a fingerprint sensor which will also double up as a home button. The rear panel of the device looks a lot like a typical Nokia but the biggest differentiator will be its dual-lens camera.

Camera
Nokia devices, no matter which operating system, have always been popular for their cameras. On paper, the Nokia 8 doesn't disappoint with it dual camera setup. Since the re-launch of the Nokia brand as an Android smartphone, this will be the first Nokia-Carl Zeiss partnership.

The rear camera features two 13 Megapixel with f/2.0 aperture and which features one RGB and another monochrome sensor at the back. The front camera will also house a 13 Megapixel unit. The device comes with a special camera feature called 'bothies'. The user will be able to use both rear and front cameras to record a single video simultaneously.

Processor
The defining factor of a flagship is its processor. Nokia 8 features top of line Snapdragon 835 which is Qualcomm's flagship chipset that's commercially available. The Nokia 8 processor will be supported by 4GB RAM and 64GB internal storage.

There'll be no memory variant other than this but the device will come with a single SIM and a hybrid dual SIM variant. However, buyers will have a choice to use a microSD card up to 256GB in both variants.

Display
Nokia 8 features a 5.3 inch 2K display. The LCD display will get enhanced protection by a Gorilla Glass 5 on top.

Connectivity and Operating system
As mentioned earlier, the device will either come with a Single SIM slot and separate memory card slot or a Dual SIM hybrid setup. The device also features a USB Type C connector but has not skipped on the 3.5mm jack. A 3090mAh battery powers the unit.

The company informed that Nokia 8 will be one of the first devices to receive Android O update but will initially launch with Android 7.1.1 out of the box.