OnePlus 8T, the second flagship launch of the year by the Chinese company, boasts a better screen, bigger battery with faster charging and a quad-camera setup 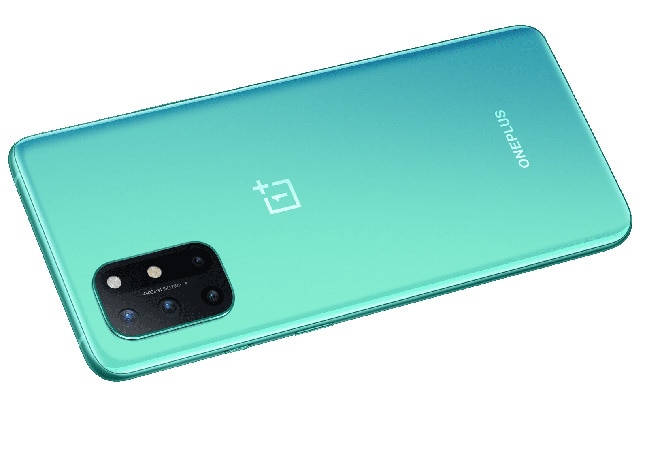 OnePlus hosted the second flagship launch of the year on Wednesday where it unveiled the OnePlus 8T, along with Gray Ash colour variant for the affordable OnePlus Nord and OnePlus Buds Z truly wireless earbuds. The highlight of the launch event, OnePlus 8T boasts a range of improvements in comparison to its predecessor OnePlus 8, including a bigger 4,500mAh battery with faster 65W charging, a 120Hz screen with 1,100 nits of brightness, and a quad-camera setup at the back.

OnePlus has launched the OnePlus 8T in two memory configurations - one with 8GB RAM and 128GB storage for Rs 42,999, and another variant with 12GB RAM and 256GB storage priced at Rs 45,999. While the 8GB variant gets two colour options - Aquamarine Green and Lunar Silver, the top-specced 12GB variant will be available only in Aquamarine Green option.

OnePlus 8T will be available on the official OnePlus website, Amazon India, and their offline outlets from October 17. Amazon's Great Indian Festival starts on the same date. Amazon Prime subscribers and OnePlus Red Cable Club members will get an early access a day before it goes for sale in the open market, starting 12:00 am on October 16.

OnePlus 8T features a 6.55-inch display up front with a hole punch cut-out at the top left corner of the screen for the front camera. At the back, the device gets a quad-camera setup, and upgrade from the triple camera setup seen on OnePlus 8. The fingerprint scanner has been placed under the display.

The 6.55-inch screen has a 20:9 aspect ratio and resolution of 2400X1200 pixels, with a pixel density of 402ppi. The AMOLED panel boasts 120Hz refresh rate, higher than the 90Hz seen with OnePlus 8. The display has been covered with Corning Gorilla Glass for protection.

In the optics department, the quad-camera setup at the back of OnePlus 8T includes a 48MP Sony IMX586 primary sensor with an f/1.7 lens, along with a 16-megapixel Sony IMX481 sensor with an ultra-wide-angle f/2.2 lens, a 5MP macro shooter and a 2MP monochrome camera. Up front, the selfie camera is a 16MP unit with Sony IMX471 sensor and f/2.4 lens.

ALSO READ: Why OnePlus 8T will be cheaper for existing OnePlus 6T, 7 users