As the launch date for OnePlus 8T comes closer, OnePlus fans and those who own previous variants like OnePlus 6T, OnePlus 7 series have a chance to be a part of OnePlus 8 series. Amazon is offering exchange worth Rs 10,000 on OnePlus 8 and OnePlus 8 Pro smartphones 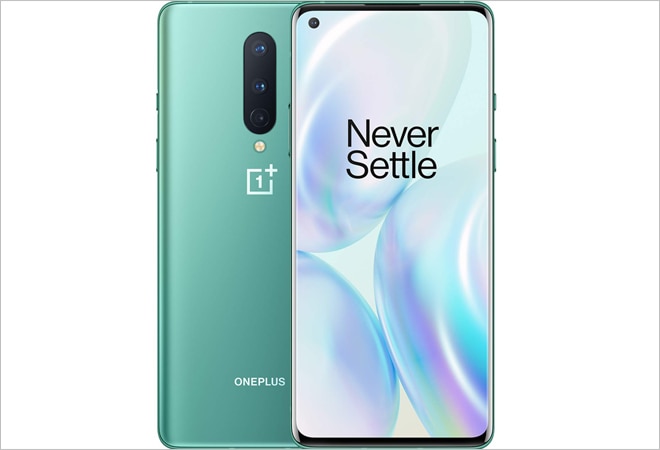 OnePlus is coming up with the much-awaited upgrade for its OnePlus8 series phones -- OnePlus 8T 5G smartphone -- on October 14. Touted as the first global smartphone that'll be powered by the newest operating system Android 11 after Google Pixel phones, OnePlus 8T will come with many firsts -- whopping 12 GM RAM, Qualcomm Snapdragon 865+ Soc processor, AMOLED panel with a fast refresh rate of 120Hz, among others.

As the launch date for OnePlus 8T comes closer, OnePlus fans and those who own previous variants like OnePlus 6T, OnePlus 7 series have a chance to be a part of OnePlus 8 series. Those planning to upgrade their OnePlus phones to the latest OnePlus 8 and OnePlus 8 Pro will not only get exciting exchange offers but will also be able to cut cost further if they buy via credit card companies that have tie-ups with Amazon.

Also read: OnePlus 8T vs OnePlus 8, Pro: What the difference?

OnePlus 8 is currently priced at Rs 41,999, while OnePlus 8 Pro is priced at Rs 59,999 on Amazon. If the existing OnePlus users go for OnePlus 8, and after applying exchange offer and Rs 3,000 instant discount with ICICI credit card, the prices would reduce to well under Rs 30,000. Those buying OnePlus 8 Pro will get it for around Rs 47,000.

While Amazon is yet to reveal the OnePlus 8T price and whether there will be any exchange offers, it typically does give out options to return old phones and buy new ones. That will also reduce the price of OnePlus 8T smartphones for the existing OnePlus users.

OnePlus 6T, which was launched on October 29, 2018, was one of best-selling smartphones from OnePlus because of its incremental updates such as in-display fingerprint sensor, a bigger display, a smaller notch, smart boost, increased battery capacity, night mode in camera and more. OnePlus 7 and OnePlus 7 Pro were launched on May 14, 2019. It was for the first time since OnePlus 3 that the Chinese company launched two smartphones at the same time.

Let's have a look at key specifications of OnePlus 8 series smartphones and the upcoming OnePlus 8T: