Oppo will be holding an event in China on January 16 with a tagline "Ten times the view, see you soon" 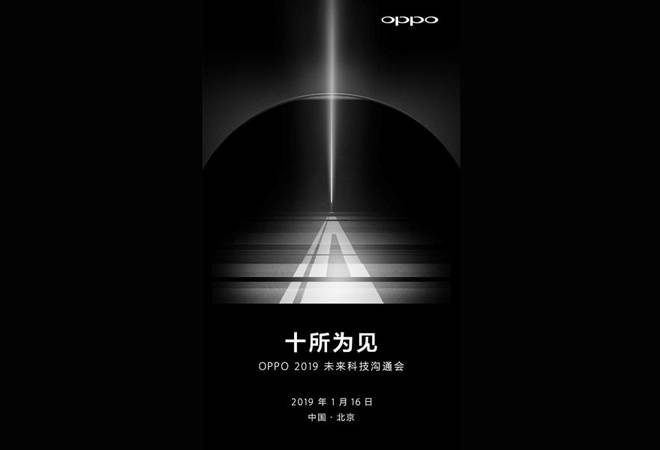 Chinese phone makers Oppo is planning to showcase its 10x optical zoom camera technology that will allow you to zoom into an image 10 times without any loss in the image quality. Oppo will be holding an event in China on January 16 with a tagline "Ten times the view, see you soon". Earlier last year, leakster Ice Universe, had tweeted that Oppo was planning to unveil a 10x hybrid optical zoom technology. However, Oppo is known to talk about features that never see the light of the day. The company, in 2017, had announced a similar 5x optical zoom prototype that never materialised.

The OPPO official said it will release a 10x hybrid optical zoom technology, which we will see at CES or MWC as early as possible.

Oppo had last spoken about its 10x optical zoom in the patent application. Not much is known about the technicalities of the 10x zoom but it cannot be much different from the 5x zoom prototype which it had showcased.  According to Chinese tech site My Drivers, Oppo has already sent out the invites for the event with the design of the invitation indicating that the special event would be about the optics.

Smartphone manufacturers have never faced problems with achieving high levels of digital zoom. However, digitally zooming in to the object leads to the loss in quality. The results of digital zoom are underwhelming and cause pixilation of the image and loss of detail. Optical zoom, on the other hand, does not cause any visible loss in the quality. But given the design of the smartphones and limited amount of free space, smartphones don't normally accommodate optical zoom of more than 2x.

Earlier, Oppo had showcased 5X lossless zoom at the Mobile World Congress (MWC) in 2017. It had a periscope-style setup within a small 5.9 mm section. Fundamentally, the setup diverted light through a prism into a stabilised telephoto lens, which is placed at a 90-degree angle. Oppo had used the width of the phone to house the optical zoom as a traditional setup would have made the phone thicker. Oppo, it seems, has something concrete this time and has build on its last year's 5X zoom tech to now launch a commercial phone with a 10x lossless zoom.

Oppo isn't the first company to come out with lossless optical zoom. The Nokia Lumia 1020 could do 3x zoom back in 2013 - but this is the first time zoom has been pushed to 10x.