The entry level Android TVs, priced from Rs 69,900, are already available in the market. 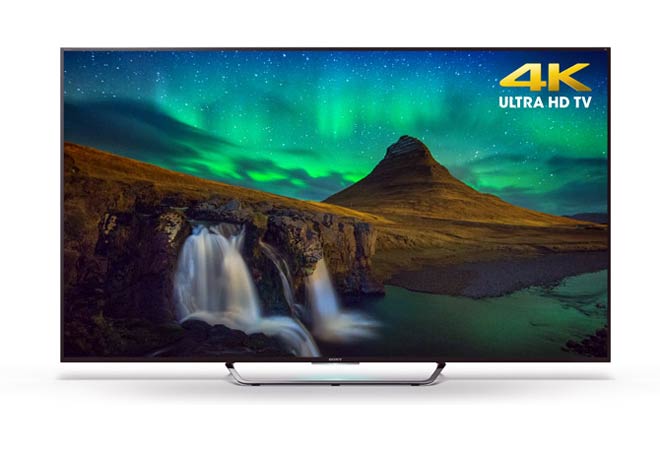 All TVs will be powered by Android 5.0 Lollipop operating system with Sony Bravia UX. These TVs will have access to Android Play Store for downloading apps and also support voice command for searching the web or within the Play Store. Sony has also added a few features such as Serial AbTak for catching up with TV serials. Also, there is Notify Bravia, which is be an exclusive app for uninterrupted TV viewing experience by notifying customer about a call, SMS, email etc. in a unique way. It also supports Google Cast for streaming videos directly from the Android smartphone to the Bravia Android TV.

Of the five series launched, three are 4k. The high-end 4k TVs are powered by X1 processor and are capable of upscaling HD content to 4k. The new range focussed on a slim body, with the entry level TV being only 16.2mm thick. The company considers the X9000C, which has a 4.9 mm body, to be the new icon for its Bravia series.

Speaking at the launch, Sachin Rai, Head, Bravia, Sony India, said, "The company stated that Android is the operating system of choice. All are used to how the OS works. Ninety per cent of Indian smartphone users are on Android. That's why we went for Android OS for our TVs."

The entry level Android TVs, priced from Rs 69,900, are already available in the market. However, most of the high-end TVs including the 4k Android TVs will be available from August. The pricing for these panels will be revealed closer to the launch.