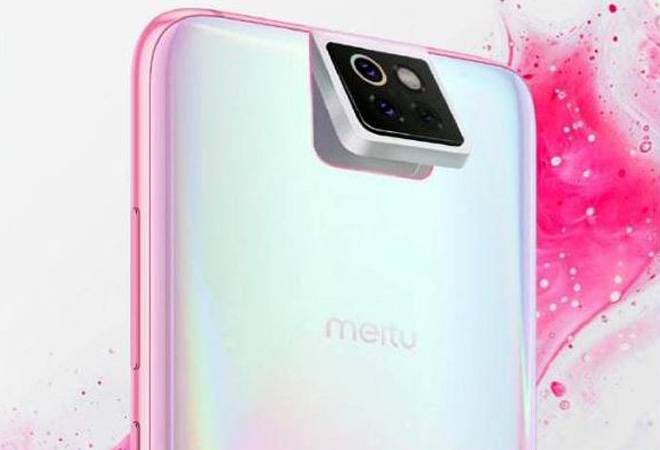 Xiaomi is all set to launch two new smartphones with a radical flip camera design in China. The Chinese smartphone major hasn't revealed the name at the time of writing this report but initial rumours suggest that they will be called Mi CC9 and Mi CC9e. The flip camera design was recently introduced in the Indian market by Asus 6Z smartphone. Recently, Xiaomi acquired the hardware division of Meitu and the new series could very well be the result of that acquisition.

As expected Xiaomi Mi CC9 is the big brother of Mi CC9e which is the toned down version of the device. Mi CC9 features the motorised rotating camera technology. The focus on the camera suggests that the biggest USP of both the smartphones are their cameras. Apart from the optics, colours that were leaked also suggest that the phones are focussed on the younger generation. The phone has a refreshing new design with pink accents all around the smartphone. However, as of now there are no announcements regarding the launch of both these devices in India.

As far as the specifications are concerned, leaks suggest that the Mi CC9 will be powered by Qualcomm Snapdragon 710 processor similar to the Redmi K20 while the Mi CC9e will come with Snapdragon 730 processor. The flip camera setup of the Mi CC9 is expected to include a 48MP primary sensor, an ultra-wide-angle camera, and a telephoto camera. The phone will have a massive 4,000mAh battery with 18W fast charging support.

Also Read: Here're top 5 budget smartphones that you must not ignore

Motorola One Vision with punch hole display to launch in India today; here're the specs, price in India