Unlike before when most of the stock used to be over in the first week itself, retailers claim they are still left with less than half the supplied stock. 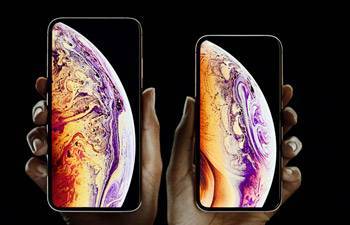 In a stark contrast to the previous years, Apple's latest offerings, iPhone XS and XS Max, have failed to impress smartphone users in India, which is one of the largest mobile phone markets in the world. Apple launched the 5.8-inch iPhone XS and the 6.5-inch iPhone XS Max (the biggest screen on an iPhone ever) on September 13. All three devices come fitted with Apple's latest A12 Bionic chipset based on 7nm architecture, which promises better performance while being less battery-hungry.

The latest devices were launched in India on September 28, but retailers claim they are receiving a tepid response for the first time. Unlike before when Indians used to desperately wait for iPhones to arrive in India -- and most of the stock used to be over in the first week itself -- retailers are still left with less than half the supplied stock.

Apple is the world's largest tech company by revenue but its market share in India has shrunk to just 1 per cent, thanks to the rising popularity of Chinese smartphones like Xiaomi, One Plus, Oppo, and Vivo, which collectively dominate around 51 per cent of the smartphone market in India. These companies not only offer smartphones at cheaper prices but their features are also at par with those offered in high-end mobile phones like iPhone or Samsung's Galaxy flagship smartphones.

For the first time this year, Apple had included dual-SIM -- through the use of a nano-SIM and digital eSIM -- in iPhone XS and XS Max, keeping in mind the Indian customers but retailers say the overall response seems to have failed in generating the usual euphoria, even among its usual customer base. However, they expect the sales to pick up once the "inauspicious" period of Shradh -- a Hindu ritual performed to pay homage to ancestors -- is over.

Most retailers claim 40-45% of the stock was unsold as of Sunday night, an ET report said. "While the sale of the new iPhones in the first weekend was certainly more than iPhone 8 of last year, it is still less than iPhone X. It's a super-premium smartphone and will take some time to sell in India," the newspaper quoted Brian Bade, Reliance Digital CEO, as saying.

Analysts also say Apple might find it hard to sell iPhones beyond its hardcore customers, due to the extremely high prices of these smartphones, which are out of reach for most Indians.

For perspective, Samsung's flagship Galaxy Note 9, which is loaded with features, starts at a price of Rs 67,900. Xiaomi, which holds the biggest market share in India, is the undisputed king in the sub Rs 15,000 smartphone segment. With the launch of its sub-brand Poco, Xiaomi has tried to enter the Rs 20,000 segment. Its latest offering, Xiaomi Poco F1, is priced at Rs 20,999 (base variant) and comes with 6GB RAM and 64GB of internal memory. The second variant comes with 128GB storage and 6GB of RAM which is priced at Rs 23,999.

Ola, Uber surge pricing to be capped; ride cancellation by driver to attract fine up to Rs 25,000