Will Apple cut iPhone 7, iPhone 7 Plus prices in India after launch of iPhone X?

To be honest, the biggest problem for an iPhone fan is that you want to upgrade it every year when Apple launches the new variant at a higher price. 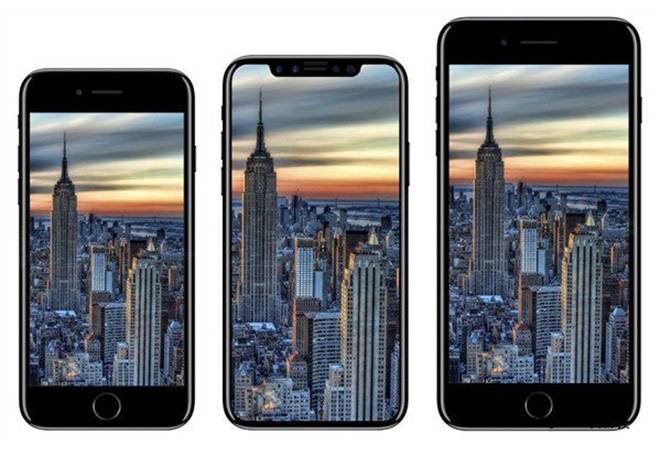 To be honest, the biggest problem for an iPhone fan is that you want to upgrade it every year when Apple launches the new variant at a higher price. This year, the problem is two-fold because Apple has not just launched one flagship phone but three - iPhone 8, iPhone 8 Plus and iPhone X. It's very easy to get distracted by the grandeur of the iPhone X, but before you decide to shell out a huge sum of money on the device, you should weigh the features of the iPhone of your choice against its price.

With the upcoming launch of iPhone X, Apple will be taking the prices of smartphones  to a whole new level, and we do not know yet if buyers are ready to embrace it. The iPhone X is likely to touch $1,000 in the US, according to reports from reliable US media outlets. But, the bad news for potential buyers in India is that the iPhone will be even more expensive back home. The fact is, despite being one of the big markets, iPhones are the most expensive in India. The trend is unlikely to change with iPhone 8, iPhone 8 Plus and iPhone X. Indian buyers might end up paying a lot more than their US counterparts.

Apple CEO Tim Cook had launched the iPhone 7 at $649 and iPhone 7 Plus at $769 in the US last year. In India, at present, the price of iPhone 7 Plus (256 GB) is Rs 75,999 and the cost of iPhone 7 Plus (32 GB) is Rs 59,480. If you do the math, iPhone prices are about 40 percent higher in India than the US. And, it is anybody's guess that iPhone 8, iPhone 8 Plus and iPhone X will be even more expensive. As far as the iPhone pricing goes, Apple is fully aware that it is treading where no one has walked before, but then that's typical of Apple. Samsung launched its Galaxy Note 8 today in India at the starting price of Rs 67,900. Google Pixel's highest variant is priced around Rs 63,000 for the 128GB version in India.

Apple's strategy in India may be to sell as much of the older variants of iPhones. With tepid response in the US and China, Apple would be hoping to ramp up the sales of iPhone 6, iPhone 6 Plus - phones which has already seen price cuts - and the iPhone 7, iPhone 7 Plus in the Indian market. In fact, it would not be a surprise if Apple reduces the price of iPhone 7 and iPhone 7 Plus. If it does, Apple would be just maintaining a trend it has followed in India so far. This, however, does not imply modest sales of iPhone 8 and iPhone X in India in the months ahead. iPhone X will still draw the high-end users and iPhone enthusiasts. Since retailers will provide EMI options, there could be more buyers.

Tim Cook has looked intent in speeding up the process of setting up a manufacturing facility in India, but there are issues such as customs duty exemptions, duty waiver on import of components, permission to repair and re-export smartphones which the company has raised with Indian authorities. It also remains unclear iPhones prices would drop, if Apple were to produce in India. So, the writing on the wall for Indian buyers is simple - you will have to pay more for iPhone.