There has been no official confirmation from the BJP about the hacking of its official website. 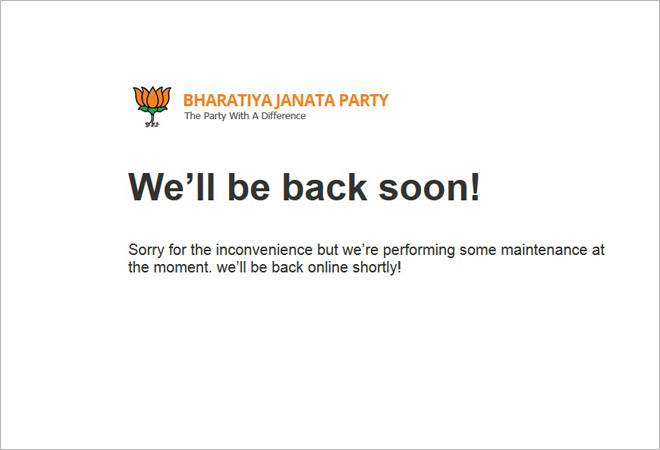 The official website of Bhartiya Janta Party (BJP) was hacked on Tuesday morning at around 11:30am and has since gone under maintenance. No one has come out and taken the responsibility for it yet. Also, no official response has come from the BJP regarding the hacking of its website.

Visitors to the official BJP website were in for a shock on Monday morning after they noticed the party's welcome page filled with memes on PM Modi and expletives. Homepage of the BJP website also showed the photo of the Prime Minister Narendra Modi with German Chancellor Angela Merkel. A music video of Bohemian Rhapsody by Queen was posted below the picture.

The website has been put under maintenance with the message stating, "We'll be back soon! Sorry for the inconvenience but we're performing some maintenance at the moment. we'll be back online shortly!".

Taking swipe at the BJP, the social media head of Congress Divya Spandana tweeted, "Bhaiyo aur Bhehno if you're not looking at the BJP website right now- you're missing out".

Ethical hacker Elliot Alderson who had earlier hacked into the Aadhaar app tweeted, "Don't deface websites. If you are clever enough to deface a website don't do it. Contact the admin to get him fix the issue.."

Earlier on Sunday, there were reports that Pakistan based hackers tried to hack nearly 100 Indian sites post the Pulwama terror attack which killed as many as 40 Indian CRPF jawans.