The new feature will be more like a live feed on Facebook, but in this case, the participants will be invited separately by the host or co-host to view pre-loaded videos. 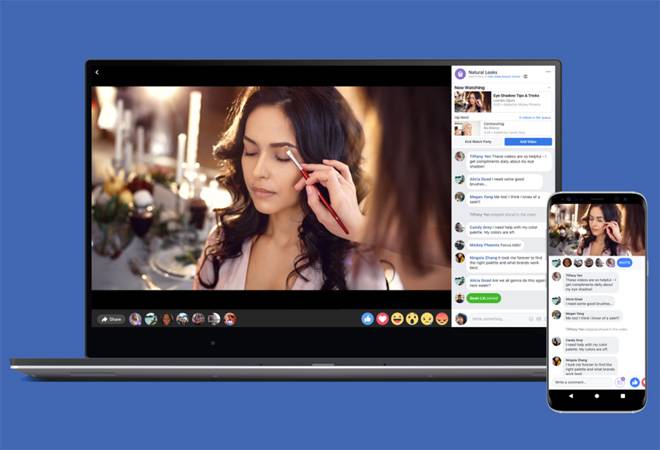 Facebook Watch Party is a new feature launched for Facebook groups that fancy watching videos together, regardless of their location. The company likes to call it a 'Party' as users can sync their feeds together and even respond to it within a common comment section.

The new feature will be more like a live feed on Facebook, but in this case, the participants will be invited separately by the host or co-host to view pre-loaded videos. The official blog explains, "once a Watch Party is started, participants can watch videos, live or recorded, and interact with one another around them in the same moment. We've been focused on building new ways to bring people together around video, create connections, and ignite conversations; Watch Party is the next step in bringing this vision to life."

According to Facebook, the new feature can be used for hosting Q&As around particular hobbies such as cooking or crafting, sharing behind the scenes details of a video, swapping tips and tricks for things like home improvement, decorating, or makeup tutorials with members in real time, learning new things like a workout technique or musical skills, and inviting special guests to join their Watch Party.

Facebook plans to use this new feature to build a shared viewing experience. The comment section can be treated as the common reaction space and hence create an idea of watching the video together.

The new feature is being rolled out to closed groups for now but Facebook is working on introducing this feature for the Pages as well. The company will also be launching a few new features in Watch Party. 'Co-hosting' will be an option where other users in the group can be selected as co-hosts to select videos to watch. 'Crowdsourcing' is another feature that will suggest new videos to the host/co-host to continue watching videos.