Long road for Netflix to catch up with rivals in India

Netflix may be growing in India, but the OTT market here is dominated by Hotstar 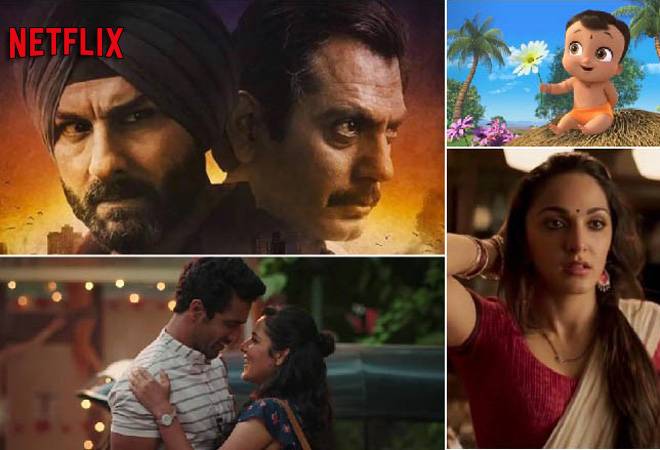 Global video streaming service Netflix, which announced its second quarter results a few days ago, said that its subscription base was now 150 million globally. However, new subscriber addition of 2.7 million quarter-on-quarter came as a big disappointment as analysts in the US were expecting close to 5 million additions for the quarter. In the company's earnings call, Theodore A. Sarandos, Chief Content Officer of Netflix, said the company was seeing "steady increases in engagement with our Indian viewers that we think we can keep building on. Growth in that country is a marathon. So we're in it for the long haul."

Netflix may be growing in India, but the OTT market here is dominated by Hotstar.

A recent report by RedSeer Consulting, a Bangalore-based research and consulting firm, shows Hotstar leading the space with over 300 million monthly active users (MAU) compared to 13 million  of Amazon Prime video and 11 million for Netflix. "Hotstar's vernacular or Indian content and sports content is definitely one of the reasons for a larger user base," says Ujjwal Chaudhary, Director, RedSeer Consulting. Also, Hotstar's freemium model is aggressively positioned against players like Amazon and Netflix, he added. Most OTT players have adopted flexible strategies to adapt quickly to the changing needs of the market in India, one of the last growth market opportunities for global players. Amazon, which recently concluded its Prime Day, said that more than twice as many customers signed up for a Prime membership for this year's Prime Day compared to last year, and that more than 40 per cent of these new members are from beyond the top 10 cities.

RedSeer's AZ Prime Day 2019 report estimates that out of the total membership, close to 40 per cent paid for the service while the rest came through bundled offers from telcos and others. Only 30 per cent subscribed to Prime videos; others largely subscribed for other benefits that a Prime membership offers.

Netflix, which started in India at the same time as Amazon, in 2016, has been doubling down on India content for the past two years. The first Indian original, Love Per Square Foot, was launched early last year. It has announced 10 new original movies with Bollywood biggies this April. "The one we're also really excited about later on this year is Baahubali, which is our first step into a really large-scale Indian original film. It's based on a film that was hugely popular a year ago, and this is a series prequel/sequel model that we think is going to be incredibly popular in India," said Sandoros in the earnings call.

Why catching up with Hotstar will take time?

The Walt Disney Company-owned Hotstar entered the Indian market just over a year before other global giants Amazon and Netflix. Chaudhary argues that while pricing is one part, the Indian content is what sets Hotstar apart.

Both Hotstar and Amazon offer monthly subscriptions at Rs 299 and Rs 129, respectively, and an annual subscription For Rs 999. Telecom companies offer both free as bundled services for a limited period. Netflix, which is also now part of a limited period bundled free service with Airtel, has a basic subscription starting with Rs 500 (single screen) till Rs 800 (four screens). A report by Barclays noted that internet users in India had grown about 2x in the last four years, from 239 million in 2013 to 430 million in 2017, while smartphone users grew 5x in the same period, from 68 million to 320 million, driven by cheaper devices, cheaper data and more local language content. The report further stated that the number of internet users would increase to 650 million and smartphone users to 500 million by 2020, at a compounded annual growth rate of 18 per cent and 15 per cent, respectively. 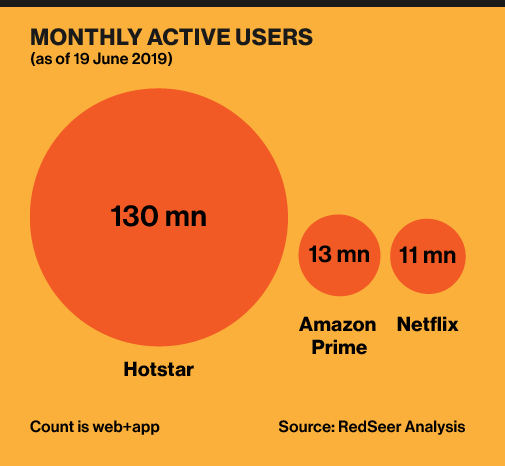 Local content is something that both Hotstar and Amazon realised early on would be the key driver, and have been increasing original content series and movies in different Indian languages over the last two years.

Netflix realises the importance of both price and content in India. Gregory K. Peters, Chief Product Officer at the company, said during the earnings call: "We're expanding that content offering and seeing that engagement grow. We think there is an opportunity to be able to broaden the access to the service so (that) more people can enjoy that increasingly relevant content offering."

With cheap data and deep smartphone penetration, the plan is to have a mobile tier offering to reduce the entry barrier price. "In a market where the typical pay-TV package is under $5, we think we need to have a lower price offering to improve accessibility, but also one that complements the existing tiering structure that we have," added Peters. Even as the company is expected to roll out its cheaper plan this quarter, it will have to grow 10 times to catch up with Hotstar. While the company has made it clear that it is in India for the long haul, Indian content is something that Netflix can't ignore if it wants to grow in market share while keeping the pricing more or less at par with rivals.

Samsung Galaxy A80 in India: Pre-orders via Flipkart; check out price, cashback offers