Nokia is already using the system in its factory in Chennai (India) for two months and has screened more than 200,000 people in that facility 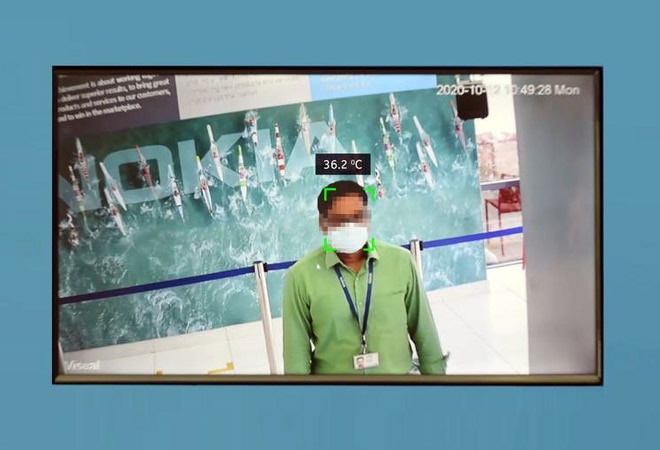 As part of its efforts to protect employees against COVID-19, Nokia has developed an automated system that uses a thermal camera and real-time video analytics to detect whether a person has COVID-19 symptoms or not. The automatic system also detects if a person is wearing a mask.

This system has been created to help the companies implement rules when its employees in India return to work.

The Finnish company is already using the system in its factory in Chennai (India) for two months. It has screened more than 200,000 people in that facility.

Nokia's factory in the southern city of India was closed for the last few months in wake of the coronavirus-led lockdown and nearly 1,000 employees returned to work after operation resumed at the facility.

According to Amit Shah, the head of Analytics and IoT, the system detects if a person has a high temperature or is not wearing face-mask and alerts the operation centre, reported Reuters.

He said that these systems are beings deployed at Nokia factories and R&D centres. He further stated that talks were also at "pretty advanced stages" on deploying the system in North America, Latin America and Asia and across sectors including schools and government buildings.

Also Read: COVID-19 treatment: Is Ivermectin a substitute for Hydroxychloroquine in India?

Samsung Galaxy S20 FE on sale in India; check out price, specs and other details

Lenovo Legion 5i laptop with over Rs 52,000 discount in Amazon sale is best deal for gamers