According to the government, the new rules for Other Service Providers' (OSPs), which includes BPOs, KPOs, ITES, call centre among others, would remove frequent reporting and other obligations 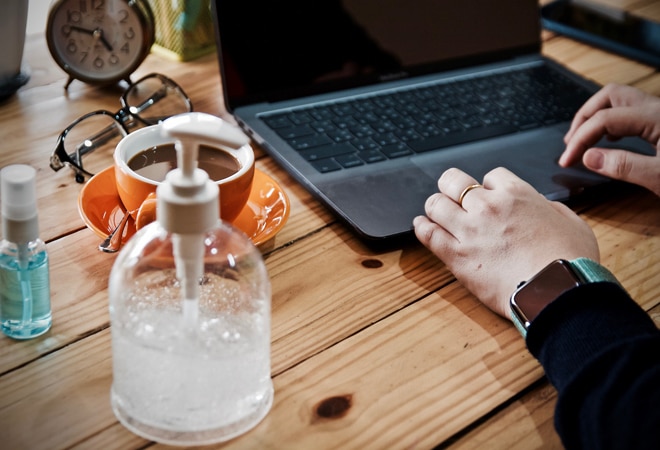 In March, lakhs of employees hurriedly packed their desk and started working from home as coronavirus pandemic leapt across the country

The government has simplified guidelines to facilitate permanent 'Work from Home' and 'Work from Anywhere' initiatives for the technology industry.

According to the government, the new rules for Other Service Providers' (OSPs), which includes BPOs, KPOs, ITES, call centre among others, would remove frequent reporting and other obligations, and would create an amicable environment for both companies and employees.

The new rules do away with registration requirement for OSPs, while the BPO industry engaged in data related work has been taken out of the ambit of the said regulations. Additionally, under the revamped guidelines, the requirements such as deposit of bank guarantees, requirement for static IPs, publication of network diagram, and penal provisions have also been removed.

Similarly, several other requirements, which prevented companies from adopting 'Work from Home' and 'Work from Anywhere' policies have also been removed.

Post the announcement, PM Modi tweeted that the prowess of India's IT sector is recognised globally and the government is committed to doing everything possible to ensure a conducive environment for growth and innovation in India.

"Committed to furthering 'Ease of Doing Business' and making India a tech hub! GoI has significantly simplified Other Service Provider (OSP) guidelines of the Telecom Department. Compliance burdens of BPO industry will be greatly reduced due to this," PM Modi said.

Communications and IT Minister Ravi Shankar Prasad tweeted, "Today @narendramodi Govt has taken a major reform initiative to liberalize the regulatory regime for "Other Service Provider". This will boost the IT/ ITeS/ BPO industry and create a friendly regime for Work from Home in India."

Nasscom termed the move as a bold reform for ITES/BPO players.

"These will provide several benefits...India is a global outsourcing hub and the new guidelines will promote outsourcing at scale, bringing in more work to India. With the relaxations in WFH regulations, companies will be able to tap into talent from small towns and remote parts of the country," Nasscom Senior Director and Public Policy Head Ashish Aggarwal said.

Nandan Nilekani, non-executive chairman of Infosys, called Centre's decision 'Truly a case of dramatic Ease of Business in the digital world'. He added, "The reforms of Other Service Provider regulations for BPO/BPM industry is breath-taking in its simplicity".

Nasscom President Debjani Ghosh tweeted that the "game changing reform" signals start of a new chapter for Indian IT and for India as a leading IT hub for the world.

In March, lakhs of employees hurriedly packed their desk and started working from home as coronavirus pandemic leapt across the country. Several IT giants in the country allowed their staff to work from home to prevent their exposure to the disease. Months have passed, and companies like TCS, Infosys and Wipro have decided to continue Work from Home for up to 99 per cent of their staff.

Another IT firm HCL is considering bringing in 20 per cent of its workforce back to office premises on rotational basis by December-end. Tech Mahindra said that over one-fourth of the company's employees are already back in their offices across the different company locations to date.

Tags: work from home | IT industry | permanent work form home for IT employees