Sandes, the name given to Government Instant Messaging System (GIMS), is currently limited to officials in different ministries, but a public rollout cannot be ruled out 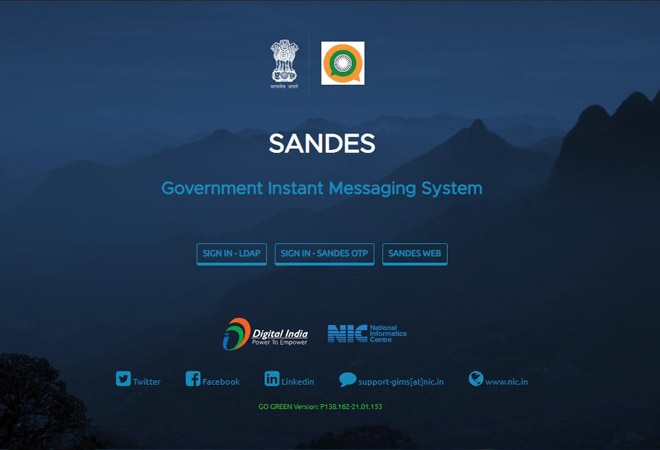 Government officials have reportedly started using an Indian alternative to WhatsApp, which goes by the name of Sandes. Back in 2020, the Centre had revealed plans to develop a WhatsApp-like messaging platform. Apparently, the application is ready and is being tested by officials in several ministries.

Officials have already started using the GIMS, an abbreviation for Government Instant Messaging System, according to a Business Standard report. This system has been christened Sandes, as confirmed by the official GIMS website, gims.gov.in. This is not to be confused with existing applications with similar names, like Sandesh.

The GIMS opening page has ways to access the app, including sign-in LDAP, sign-in with Sandes OTP, and Sandes web. On tapping on any of the options, the page shows a message that reads, "This authentication method is applicable for authorised government officials."

The application is meant to migrate government employees from social media networks that might lead to potential security risks. As of now, Sandes can exclusively be used by government officials, however, a broader rollout later cannot be ruled out.

According to the reports, Sandes app can be run on both iOS and Android platforms. It also supports voice and data messages, similar to other modern-day chatting apps. The Sandes app's backend is handled by National Informatics Centre (NIC), which comes under the Ministry of Electronics and Information Technology. NIC provides the infrastructure to support the delivery of government IT services and the delivery of some of Digital India's initiatives.

Sandes has come at a time when WhatsApp users are moving to other instant messaging platforms after the Facebook-owned app introduced is new privacy policy, which will share more of their data to its parent company.

Also Read: WhatsApp working on feature that will let users mute videos before sharing with contacts