The App Store called “connection” the biggest trend of the year.

Like every year, Apple's App Store editors have picked the winners
Jhinuk Sen

Apple has shared its list of the 2021 App Store Award winners including the best games and best apps for the iPhone, iPad, Apple Watch, and the Mac. The company picks 15 apps across categories every year, recognising the ones that helped users “tap into personal passions, discover creative outlets, connect with new people and experiences, and simply have fun”.

“The developers who won App Store Awards in 2021 harnessed their own drive and vision to deliver the best apps and games of the year — sparking the creativity and passion of millions of users around the world. From self-taught indie coders to inspiring leaders building global businesses, these standout developers innovated with Apple technology, with many helping to foster the profound sense of togetherness we needed this year,” said Tim Cook, Apple CEO.

Top apps for 2021 include Toca Life World that got picked as the iPhone app of the year, DAZN, the app the guided local sports culture bringing it to the world for everyone to enjoy, was picked as the Apple TV app for 2021. For the Apple Watch, weather app Carrot Weather won the top honours, while LumaFusion took it away for the iPad apps. On the Mac, Craft was the top pick. In games, the top winners across platforms were - League of Legends: Wild Rift, Marvel Future Revolution, Myst, Space Marshals 3, and Fantasian.

Besides picking apps and games, the App Store editors also pick a “Trend of the Year”. “The goal is to identify a movement that had a lasting impact on people’s lives, and to recognise the standout apps and games that met that moment,” Apple explains. For 2021, no surprise here, the Trend of the Year was “Connection”. This year’s trend winners are apps that brought people together in “meaningful ways” while also taking care of social, personal, and professional needs. 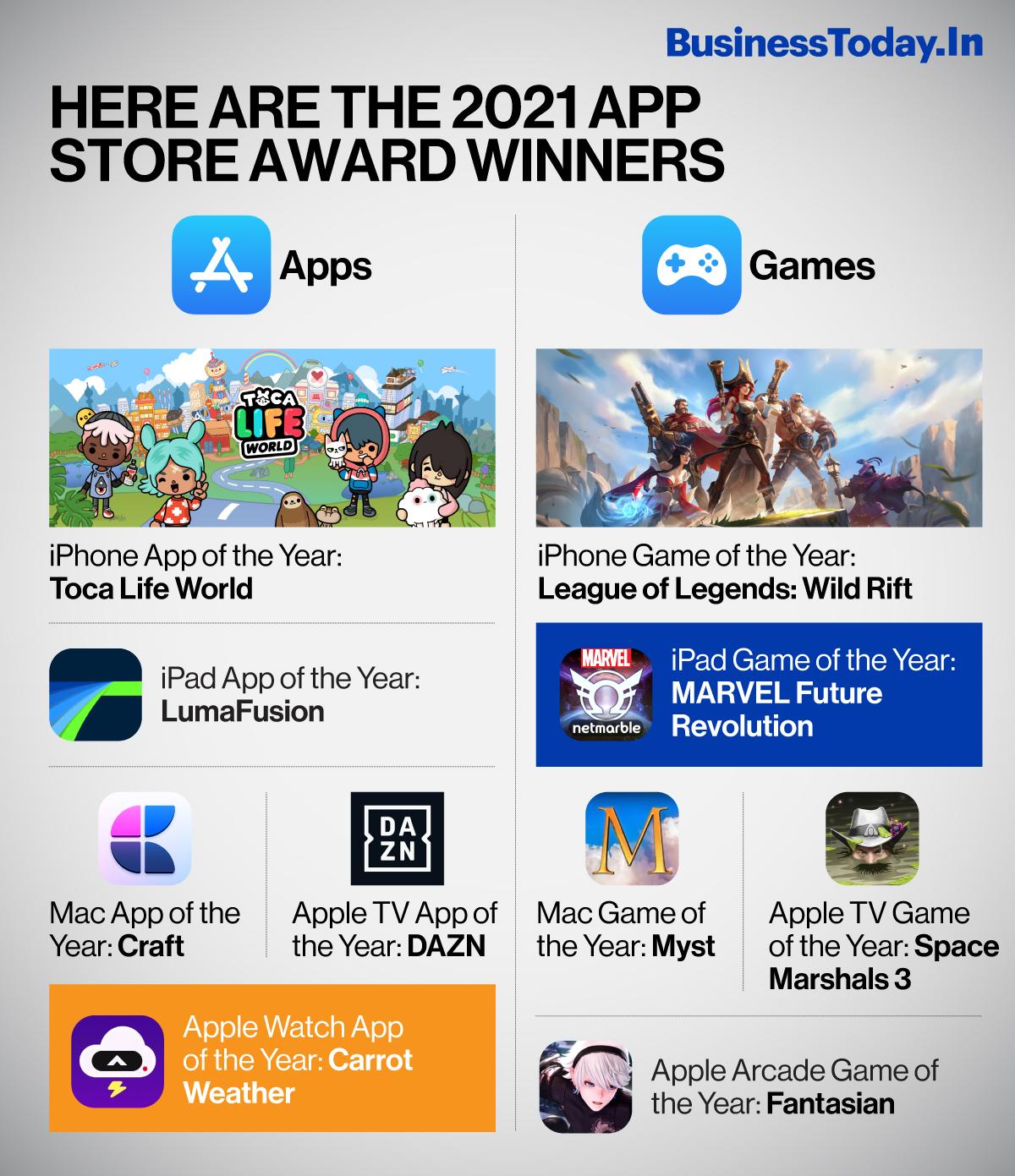 For the whole list of winners for 2021: scroll down

Unlike the top apps and games' list that the Google Play Store shares for each region, the App Store list of winners is a global one.