News
TECHNOLOGY
News
The game that’s everywhere: What is Wordle and how do you play it?

The game that’s everywhere: What is Wordle and how do you play it?

What are those grey, green, and yellow boxes on Twitter? Wordle explained.

Wordle is a daily word game and everyone is playing it

If you are on Twitter you would have definitely seen people sharing posts from Wordle, a set with its unique yellow, green, and grey boxes. These posts are accompanied by two numbers. The first indicates the game number and the second is the number of attempts out of six that the player needed to win.

Wordle has become so popular on Twitter that some of the microblogging platform’s users have started muting the word. For those who haven’t figured it out by now, Wordle is a daily word game that can be played online. It’s like a password without clues and can be played only once a day. Every day there is a new word to guess and players get six chances to go at it.

How to play Wordle

As you proceed, the idea is to guess the right word with the help of the yellow and green options, leaving out the greys. You get six tries in all, so you can guess five wrong words till you have just one last chance to get the word right.

Pretty simple, right? It is, on some days, at least. But on many other days it is hard and that is what makes the game so much fun. According to The New York Times, over 300,000 people are playing Wordle daily.

Where can you play Wordle

Now, Wordle is not an app. It can only be played online from the browser via a web page. You can use any browser of your choice for this including Chrome, Edge, Firefox, etc. All you need to do is to type in "powerlanguage.co.uk/wordle/" in the search bar, or search for 'Wordle' from the search engine. The site also offers a version for colourblind players as well.

Please note that thanks to Wordle's popularity many fake apps have been doing the rounds on app stores. There is no Wordle app available so do not download any of the apps you spot on the App Store or on Google Play. 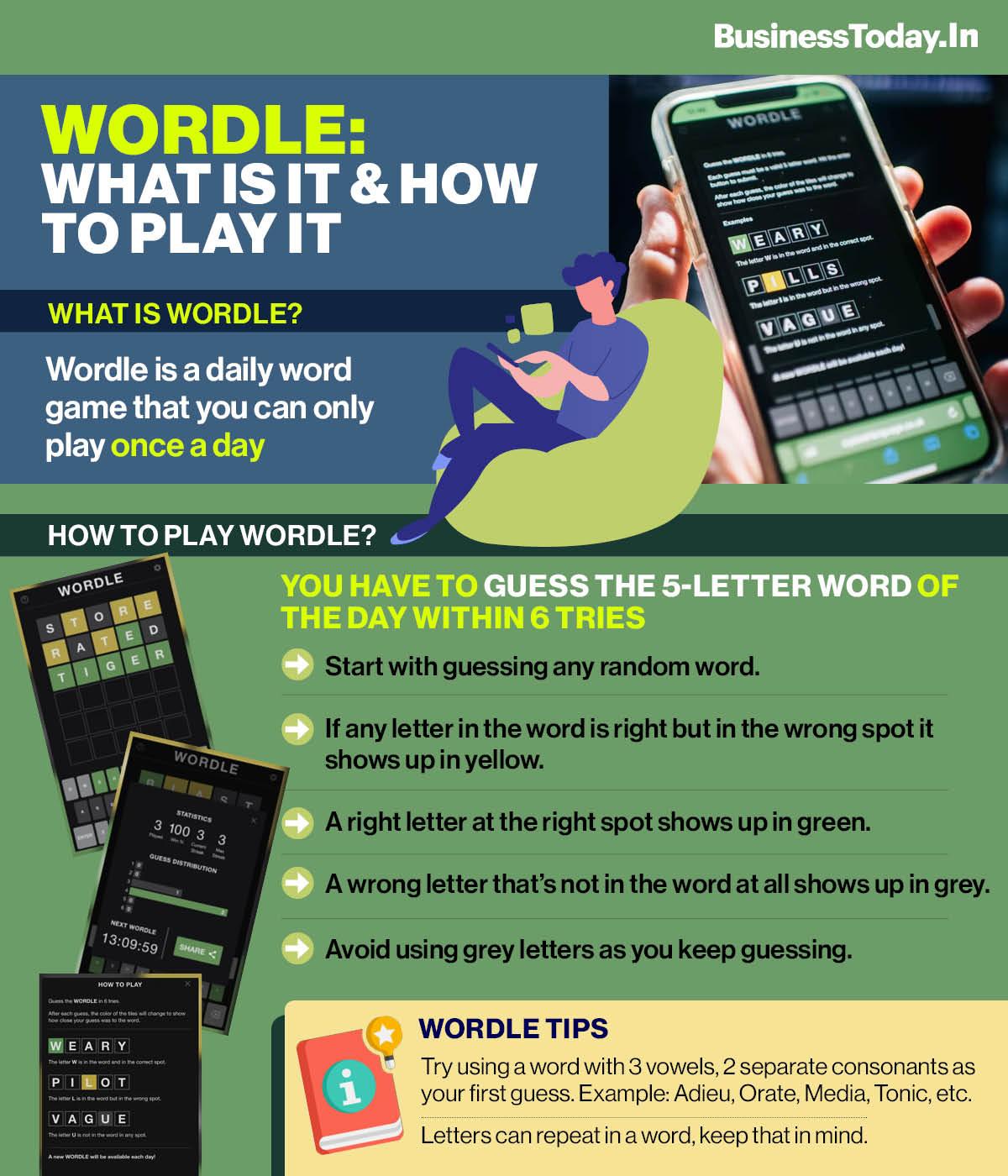 Why is Wordle so popular?

Wordle has become extremely popular because of how fun and competitive it is. Players only get one shot in 24-hours to play and if you don’t succeed, you have to wait for next day’s puzzle to try and win.

Also everyone globally is playing the same puzzle, which makes comparing results the fun part. If your friends are playing it too, you can compare to see who got the word right in the least number of tries.

Wordle allows players to share their results easily on Twitter, without sharing the solution of the day. So you don’t just get to flex amongst your friends, you get to flex all over Twitter if you managed to get the word right by the second or third try. Or even the sixth, at least you are in the game. As CNET pointed out, “Wordle isn’t just a word game, it is a conversation starter and a chance to show off on social media. That’s why it’s going viral.”

Pretty much like any word game, you can go right in and start guessing. But if you want some method in that madness, here are some suggestions.

- The first word you guess is vital, the best play is to choose a word with three different vowels and two different consonants. For example - Adieu, Orate, Media, Radio, Tonic, etc. This will help you get some letters out of the way immediately, this, allowing you to focus on the unused ones on the keyboard.

- As you move forward, stop reusing the letters that turned up in grey. This is easier said than done though, you will be faced with many situations where you just cannot form a word without using a letter that is already turned up in grey.

- Letters can appear twice in a work, so keep that in mind too.

Also Read: Wordle clone apps are available on Android and iOS app store, here is why you should avoid downloading them