The Redmi 5 was launched late last year and while talking about the next gen Redmi phone might be too early, a smartphone codenamed M1804C3DE was spotted on TENAA.

The Redmi 5 was launched late last year and while talking about the next gen Redmi phone might be too early, a smartphone codenamed M1804C3DE was spotted on TENAA. There's not much that can be extracted from the listing but the details can be co-related with previous leaks to paint a clearer picture of the device. 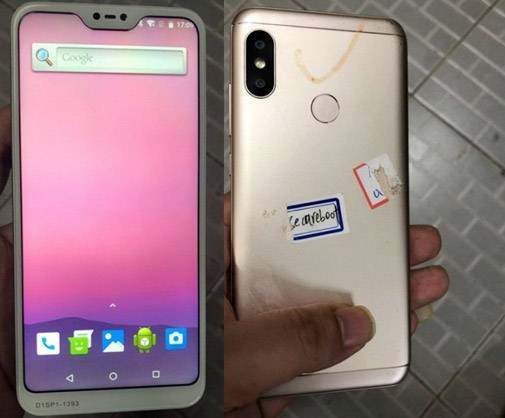 According to the leaked information from the listing, the device that has been spotted on TENAA has a 5.45-inch screen, which is something we haven't heard of on with Xiaomi devices. The Redmi 5 sports a bigger 5.7-inch screen.

According to a report by GSMArena, pictures of the Redmi 6 were leaked a few hours before the listing was spotted. One of the biggest reveals is notch like design on the phone. If the report turns out to be true, the Redmi 6 will be a compact phone owing to the higher screen to body ratio and the notch.

Since most flagships have already adopted this design, it only seems natural that the design language will percolate down to mid-range and budget phones.

The device also sports a dual lens camera at the rear panel which is placed vertically. The fingerprint sensor is placed on the rear panel with prominent antenna lines. The dimensions mentioned in the listing show a hefty device with 147.46 x 71.49 x 8.3 mm measurments.

The listing gives us better look at what's inside the device. The phone in question has a 3000mAh battery and supports all major bandwidths which also goes on to indicate that it is being produced for the global market.