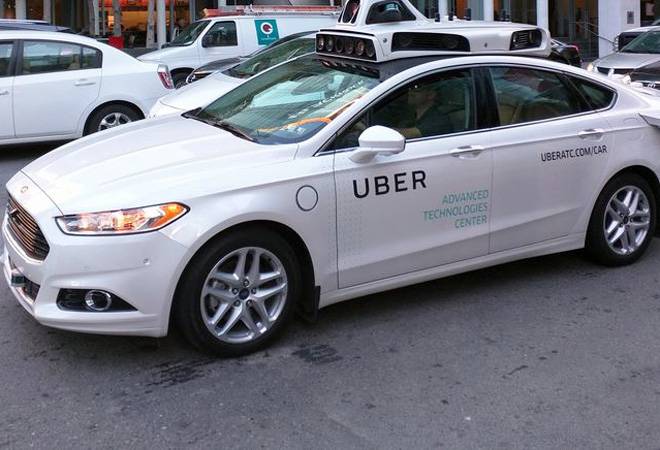 Uber teams up with Volvo to unveil self-driving vehicle

Uber, in partnership with Volvo, has unveiled the third generation of its self-driving cars in Washington, USA, as it looks to bring out its autonomous driving system to the real world and deploy driverless vehicles. The new XC90 SUV will be assembled in Sweden by the Volvo Cars and would come with factory fitted steering wheel and brake pedals designed for the computer rather than human control. However, the car will have backup systems that will bring the car to a controlled stop if anything goes wrong.

Also Read: Like a Uber driver? You'll be able to mark him as 'favourite' soon

"If any of the primary systems should fail for some reason, the back-up system is designed to immediately act to bring the car to a stop," Uber says.

Earlier, Uber had bought 250 XC90 SUVs and then installed the autonomous driving system for self-driving use later on.

Volvo is hoping that its partnership with Uber will allow it to unveil its own self-driving cars in 2020. At the moment, the XC90 SUV - known by the internal code number 519G and under development for several years - combined with Uber's self-driving tech is set to enable safe and reliable self-driving taxi service for the customers of world's biggest ride hailing service. The new vehicles will "soon" replace the older vehicles in Uber's fleet, said Eric Meyhofer, the head of Uber's Advanced Technologies Group according to CNBC.

The new XC90 will come equipped with internal camera. The cars won't have sunroofs as they have large sensors on the roof and are equipped with auto-close doors to prevent an risky exit. An Uber spokeswoman said Tuesday that the company plans "to work with Volvo on tens of thousands of vehicles in the future."

Volvo Cars Chief Executive Hakan Samuelsson said in a statement that "by the middle of the next decade we expect one-third of all cars we sell to be fully autonomous".

Also Read: Facebook will pay you if you allow it to 'Study' and track your phone habits

Modi govt's ambitious goals of universal Internet access by 2022 is commendable: Chairman of US FCC