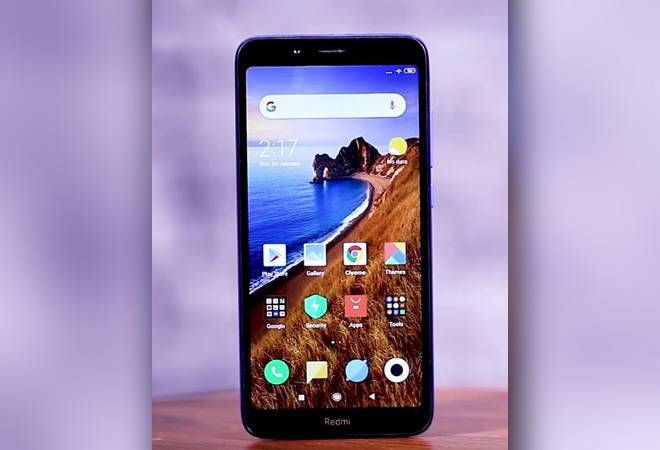 Xiaomi Redmi 7A on sale today

Redmi 7A will be on sale for the first time at 12pm today via Flipkart, Mi.com, and Mi Home stores. Redmi 7A is the toned down version of Redmi 7 and comes with Snapdragon 439 SoC and packs a 4,000mAh battery. Redmi 7A was recently launched in China and comes with huge bezels in 2019! Redmi 7A will be another entry level smartphone and will join the likes of Redmi Go. Earlier, Xiaomi India Managing Director Manu Kumar Jain had termed Redmi 7A as "smart desh ka apna smartphone".

Redmi 7A is powered by an octa-core Qualcomm Snapdragon 439 SoC, paired with 2GB of RAM. Redmi 7A features a 5.45-inch HD (720x1440 pixels) and runs on Android 9 Pie with MIUI 10 on top. The Redmi 7A has 16GB and 32GB inbuilt storage options and both are expandable via microSD card.

For optics, Redmi 7A has a 12-MP Sony IMX486 sensor at the back, along with an LED flash.  On the other hand, the China variant has a 13-MP camera sensor. For selfies, Redmi 7 comes with a 5-MP front shooter with AI Face Unlock support. Also, the phone is available in three colour option - Matte Black, Matte Blue, and Matte Gold colour options.

For the whole month of July, Xiaomi is offering a Rs 200 discount on both the Redmi 7A variants in India. There is also an EMI options, exchange offer, and extra 5 percent off for Axis Bank Buzz credit card users for the buyers on Flipkart.

Also Read: Is Xiaomi Mi CC9e your next MiA3? Everything we know so far