The Xiaomi Redmi Go is listed on Flipkart and will also be available on Xiaomi's official website, Mi.com, as well as the Mi Home stores. 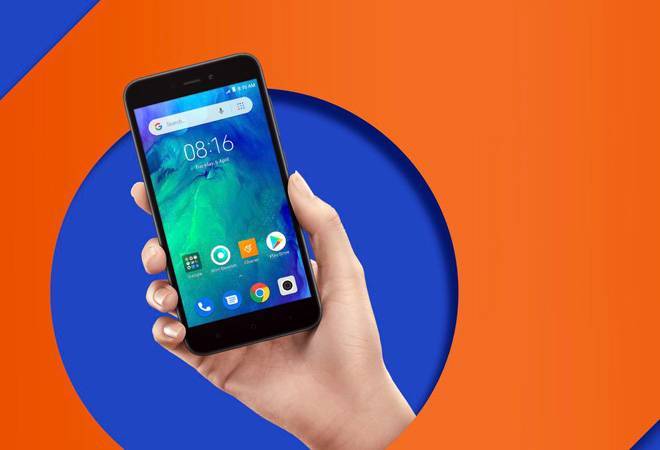 Redmi Go will be on sale in India for the fifth time today at 2pm on Flipkart, Mi.com, and Mi Home stores. To recall, Xiaomi launched its first Android Go affiliated smartphone in India at an event in New Delhi on March 19. The device went on its first sale on March 22. The phone features the lightweight Go version of Android operating system. Xiaomi Redmi Go price in India starts from Rs 4,499.

As far as offers are concerned, Reliance Jio is offering additional benefit of Rs 2,200 cashback and 100 GB of free data with the purchase of the device. Flipkart is also offering 5 percent instant discount on EMIs with Axis Bank credit cards, and 5 percent discount via Axis Bank Buzz credit cards. The handset can also be purchased at an easy no-cost EMI starting at Rs 750 per month.

The Redmi Go sports a toned down fork of Android. However,  Xiaomi claims that the users will be satisfied with the performance and usability of the phone. Android Go OS and applications use up only half the space as compared to the regular version of Android. Redmi Go supports the Go suite of Google apps, including Maps Go, YouTube Go, Files Go and more, which are streamlined to work on Android Go. The device can run lighter versions of social media app like Facebook, Twitter, WhatsApp, and TikTok, among others.

The Redmi Go is the Xiaomi's most affordable phone in the Indian market and its highlight include unlimited Google Photos storage.

As far as specifications are concerned, Xiaomi Redmi Go runs the quad-core Qualcomm Snapdragon 425 processor clocked at 1.4GHz. The device comes with 1GB of RAM and 8GB of internal storage, which can be expanded to 128GB with microSD card. The phone is powered by the 3,000mAH battery, which Xiaomi claims can last for 10 days.

Meanwhile, Redmi Go does not have edge-to-edge design and instead has huge bezels. It also has three capacitive touch buttons at the bottom of the screen and comes with a cheap plastic build quality.

Redmi Go has a 5-inch HD panel with 720p screen resolution. On the optics front, the Redmi Go has an 8MP rear camera with an LED flash and the basic smartphone camera functions. At the front is a 5MP selfie shooter.The Redmi Go also features dedicated dual SIM support, and a dual-mic noise reduction setup, the only one to do so in the entry-level segment, for better call quality.