Nintendo Switch console falls victim to chip crisis, and it may not be easy to buy one in future

Over the last year, Switch underwent supply shortages because of the pandemic 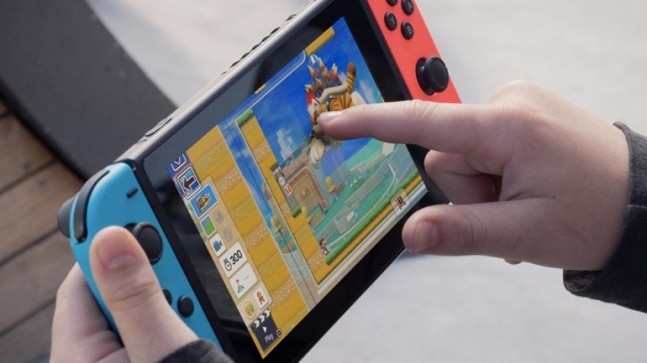 The global shortage of computer chips has been gradually worsening since last year, and it has now begun to impact the smartphone and console industries. The latest company to fall victim to the chip crisis is Nintendo, one of the biggest names in gaming. The gaming company has confirmed that there is a possibility the Switch gaming console will face hardware shortages. And the situation could even be worse owing to the huge demand for Nintendo Switch in certain markets.

Talking to Nikkei (translated version via Video Games Chronicle), Nintendo president Shuntaro Furukawa said that even though the company has managed to "secure the necessary materials for the immediate production of semiconductors of switches'', there is still the threat of chip crunch looming over the production of Switch consoles. In Japan and some other countries, Nintendo said that it has been seeing a huge demand since the beginning of the year, and because of that, "there is a possibility of shortages at some retailers in the future."

Furukawa is not even sure about how Nintendo will cope with this issue. "It is difficult to say how we will deal with this, but in some cases, we may not be able to prepare enough for orders."

See, the chip crisis is real, and it has impacted the automotive industry a lot worse than the smartphone and gaming industries. And no one has any idea when there will be enough chips to go around. And even though Nintendo is predicting its Switch consoles will face the challenge, it is not the first time we are seeing a low supply of Nintendo's handheld gaming console. Over the last year, Switch underwent supply shortages because of the pandemic. The situation was grave, largely because people were isolated at homes and their hunger for gaming consoles spiked.

The catalogue of games on Nintendo Switch is quite popular. It includes the Animal Crossing: New Horizons that Nintendo released last year. The game emerged as the second best-selling game for the console with 31 million units sold until December 2020. At the top position is the Mario Kart 8 Deluxe with 33 million copies sold.

In other news, Nintendo is expectedly working on an upgraded Switch console that it is planning to launch this year. Although there is nothing confirmed at this point, the company is likely to bring upgrades to its beloved console. This new Switch will have an OLED display that Nintendo will reportedly procure from Samsung. The name of this console is not clear right now. And with the chip shortage, Nintendo may find it difficult to begin the production and maintain it in a vigorous manner.

Amazfit Bip U Pro with 60 sports mode, built-in Alexa goes on first sale today: Should you buy it?