HMD Global is set to launch the Nokia 5.3 in India today but it may have inadvertently leaked the price of the smartphone. 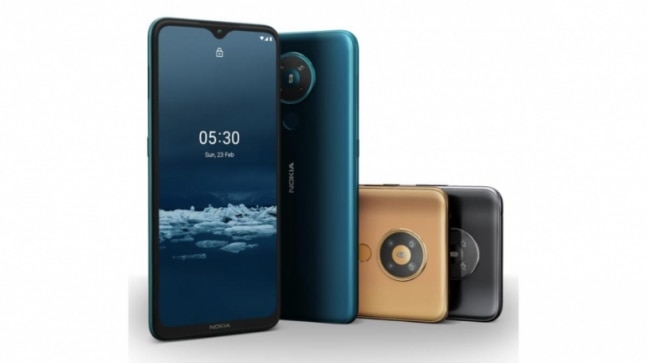 Nokia 5.3 is launching in India today about four months after it debuted globally. The successor to the Nokia 5.1 Plus bears a Snapdragon 665 processor and is suited for the budget segment. Ever since the teasers began coming in, the speculation around the price was on but HMD Global could not for the official launch to reveal what the Nokia 5.3 would cost in India. In a listing on the Nokia online store, Nokia 5.3 India price was leaked ahead of today's launch.

HMD Global has listed the Nokia 5.3 on the online store at the price of Rs 13,999. Now, this is the price for the base model, which has 4GB of RAM. There is another variant that is likely to launch, and it has 6GB of RAM. Its price remains unknown until the official launch later today. The listing also confirms the Nokia 5.3 is coming to India in three colours: Cyan, Sand, and Charcoal. Apart from the Nokia online store, the Nokia 5.3 will also be available from e-commerce websites, which will likely be announced during the launch.

Other specifications on the Nokia 5.3 include a 6.5-inch HD+ display, a 4000mAh battery with 10W charging, a set of four rear cameras (a 13-megapixel primary sensor, a 5-megapixel wide-angle camera, a 2-megapixel macro camera, and a depth camera), and an 8-megapixel front camera. There is 64GB of internal storage on the Nokia 5.3, which can be expanded via a microSD card. Nokia 5.3 runs Android 10 out of the box and should be upgradable to Android 11 as and when the update is out. The smartphone has Wi-Fi, Bluetooth, GPS, 4G VoLTE, and a MicroUSB port for charging.