Samsung on Tuesday launched Galaxy S20 FE, where FE stands for fan edition, in India. It is priced at Rs 49,999 and it goes up against the OnePlus 8 Pro. How do the two compare? We find out. 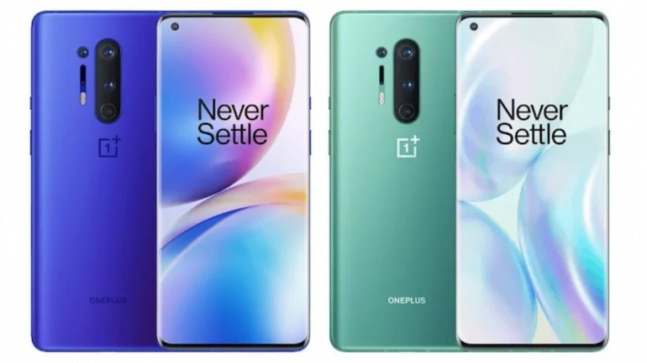 In fact, so good is OnePlus 8 Pro, at its price of Rs 54,999, that here at the India Today Tech, we called it the best Android phone right now in the market. So, can the Galaxy S20 FE take on the OnePlus 8? It can try.

See it like this: The OnePlus 8 Pro is a phone in league with more expensive phones like the S20 and the iPhone 11. The Galaxy S20 FE is a cut-down variant created as an attempt to woo consumers away from other premium phones. And like all cut-down variants it comes with its own set of "some" compromises.

But about compromises in a while. Before that, let's do a quick feature comparison.

-- Both the OnePlus 8 Pro and Galaxy S20 FE use AMOLED screens. Both have a punch hole for the camera in the front. Both use metal frames but the material of the back cover is different. OnePlus 8 Pro uses premium glass bodies while the Galaxy S20 FE is using something plastic. The term apparently is glastic, which is a term for material that mixes plastic and glass fiber. It is easy to conclude that the finish and materials on the OnePlus 8 Pro looks more appealing and subtly graceful.

-- Both the phones have screens that come with 120Hz refresh rate.

-- Both phones have dust and water-proof design.

-- Both we believe offer good enough performance, although because of Snapdragon 865 we feel more confident of the OnePlus 8 Pro here.

By now you must be sensing a pattern here. The Galaxy S20 FE looks like a good phone, but it also seems to be making a lot more compromises compared to the OnePlus 8 Pro, which is a through flagship phone like Samsung's own Galaxy S20.

One compromise is in the build material. The glastic vs glass. Another part that holds somewhat back the Galaxy S20 FE is its Exynos 990 processor. Compared to the global variant which has Qualcomm Snapdragon 865, arguably a better processor, the Indian variant of the S20 Fan Edition comes with the Exynos 990. If the choice is between the two phones running Exynos 990 and Snapdragon 865, we suggest the Snapdragon one.

In other words, while the cameras in the OnePlus 8 Pro and this is something that has been tested well by now are flagship class, for the S20 FE, Samsung is comparing its camera with Galaxy S10 camera, which is almost two years old now.

OnePlus 8 Pro vs Galaxy S20 FE: One is a flagship, one is not

The difference between the two phones, capable as they are, boil down to this one bit: The OnePlus 8 Pro is the best that OnePlus offers. And this best from OnePlus is as good as, if not better, than any other smartphone out there. The Galaxy S20 FE is an attempt by Samsung to make a mark for itself around the price point of Rs 50,000 and to hit this point, and keep the distance between the FE and the regular S20, the company has made some compromises with the phone. So if you need a flagship phone, go with the OnePlus 8 Pro. And if you don't need a flagship phone, why spend Rs 50,000 on the device. You can easily get a fantastic phone for less.