As far as the specifications are concerned, the F11 Pro is powered by MediaTek's Helio P70 octa-core processor coupled with 6GB and 8GB of RAM  and 64GB and 128GB internal storage options. 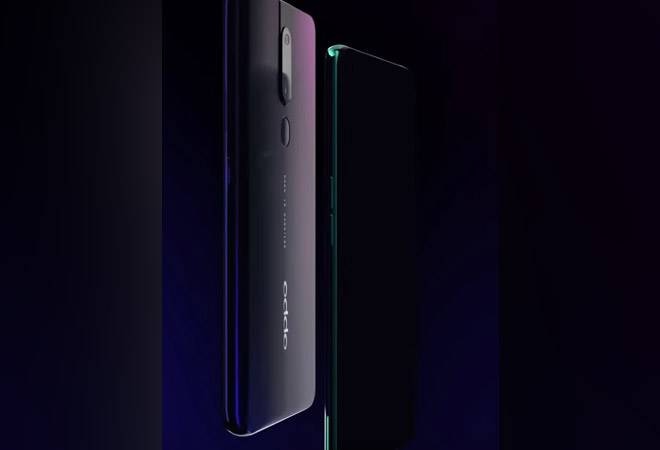 Chinese smartphone maker released a teaser for Oppo F11 Pro on Twitter hinting at the edge-to edge display and pop-up selfie camera. The phone has been subjected to several leaks and rumours ahead of its March 5 launch and several key features and specifications are already known. According to the leaks, the phone will come with a 90.9 per cent screen-to-body ratio for "captivating gameplay."

It's time to rise to the occasion! Mark your calendars and get ready for the launch of #OPPOF11Pro. 1 day to go! pic.twitter.com/hnX0mRApfU

As far as the specifications are concerned, the F11 Pro is powered by MediaTek's Helio P70 octa-core processor coupled with 6GB and 8GB of RAM  and 64GB and 128GB internal storage options. Further, the phone will sport 6.5-inch LCD display with a full-HD+ (1080x2340 pixel) resolution. The phone packs a 4,000mAh battery with VOOC 3.0 fast charging support. It will run on Android Pie-based ColorOS 6 out-of-the-box. F11 Pro will have a 3D gradient casing.

Talking about the optics, the OPPO F11 Pro's dual rear camera setup will have a 48MP (f/1.79) main sensor and a 5MP (f/2.4) secondary sensor. On the front, the pop-up module will house a 16MP selfie camera with an f/2.0 aperture. Meanwhile, as per official teasers, the phone will offer several AI-based photography features such as an 'Ultra Night Mode' for low-light photography and Ultra-Clear Engine.

Connectivity options will include BeiDou, Wi-Fi 802.11 a/b/g/n/ac dual-band, Bluetooth 4.2, GPS with A-GPS, and GLONASS. There is also speculation of a rear mounted fingerprint scanner. Below the camera setup is a fingerprint scanner and the words "DESIGNED BY OPPO".

Oppo F11 Pro price in India is expected to be approximately around Rs 25,000.