Realme has launched the X7 and X7 Pro in China as its new 5G smartphones that also offer 120Hz displays. 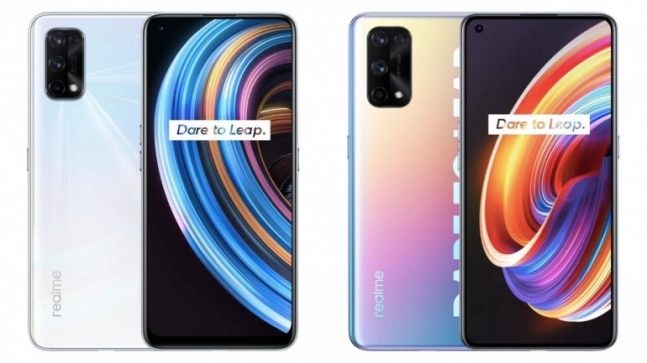 Realme X7 and X7 Pro have gone official in China on the first day of September. The latest X-series from the Oppo offshoot brings a horde of new features but mostly rely on those popular among customers. Realme X7 and X7 Pro bring the sub-6GHz 5G, although with the help of different processors by MediaTek. The two smartphones also double down on the new camera design that Realme introduced with the Realme V5 a few weeks back. Rumours are rife that the X7 series will debut as the 7-series in India but their specifications and design are proving them to be totally different from each other.

The Realme X7 is the vanilla smartphone while the X7 Pro is a little advanced in terms of specifications. But despite their hierarchy, the X7 and X7 Pro have similarities in key areas. Both have the 65W fast charging for their battery and have 120Hz displays. Realme introduced the 120Hz refresh rate of the X3 SuperZoom that was launched recently in India and elsewhere. Anyway, similarities between the X7 and X7 Pro do not end here; they both share the same 64-megapixel primary camera and selfie camera, as well.

Let us dive into what you will be getting on the Realme X7 and X7 Pro.

Powering the Realme X7 is an octa-core MediaTek Dimensity 800U processor that enabled 5G connectivity on the smartphone. It has up to 8GB of RAM and 128GB of internal UFS 2.1 storage that can be expanded. It runs Android 10-based Realme UI and has a 4300mAh battery.

The Realme X7 sports a 6.4-inch AMOLED 1080p display with up to 120Hz refresh rate and 180Hz touch sampling rate, which is adequate for high-end gaming. The smartphone also has Corning Gorilla Glass protection on the display while the screen-to-body ratio stands at 90.8 per cent. There is a fingerprint sensor embedded under the display.

Realme X7 Pro has all those things a little advanced. It has a 6.55-inch Super-AMOLED 1080p display with up to 120Hz refresh rate, a 240Hz touch sampling rate, a 20:9 aspect ratio. It is powered by a more capable Dimensity 1000+ processor that belongs to MediaTek. It also has up to 8GB of RAM and 256GB of UFS 2.1 storage, which is expandable via microSD card.

Realme X7 Pro has three variants, on the other hand:

Realme X7 has Haiyu Blue, Fantasy White, and a third model with gradient as colour options. The X7 Pro replaces the Haiyu Blue variant with the Xingyu Black model, the rest is the same. It goes on sale in China starting September 7 but the pre-orders have already started. The availability is likely to be restricted to China only.

OnePlus Nord gets new OxygenOS update: Here is what is new