Liquid Z530 is a simple looking smartphone and doesn't have any fancy tricks to it. 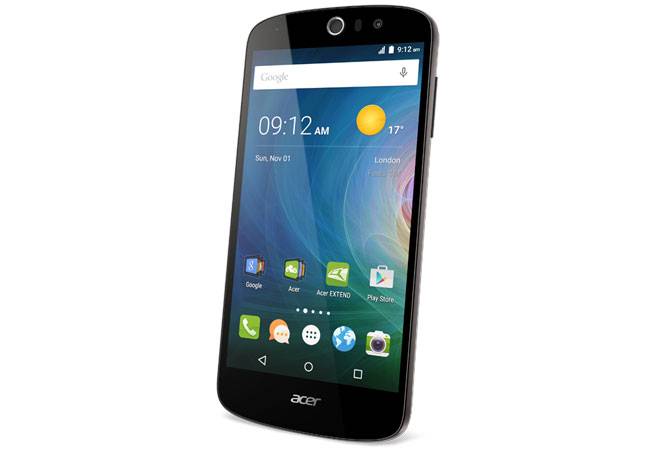 In the age of phablets and oversized smartphones, Acer Liquid Z530 is a smartphone that fits perfectly in your arm.

Acer, a well known name in the computing space, has been trying its luck in the smartphone space for quite some time now. The company has yet again launched a budget smartphone , Liquid Z530 for Rs 6,999, which will compete against the offerings from Micromax, Yureka and others.

Liquid Z530 is a simple looking smartphone and doesn't have any fancy tricks to it. It has got a 5 inch HD display with 720x1280p resolution and everything appears to be sharp and crisp on this smartphone. While an HD display seems a bit less but we are not complaining considering its price. Irrespective of a 5 inch display, Z530 is extremely comfortable to grip in one hand.

I find it difficult to slide in a 5.5 inch phablet in my jeans pocket, this one wasn't. However, the power key on the top right was a bit difficult to reach when held in the right hand (for single hand operation) and I fear dropping the phone. The rear of Z530 has got an 8MP camera module on the top and DTS surround sound speaker at the bottom.

MUST READ:Acer to start assembling smartphones in India

Running on Android Lollipop operating system, it comes with a customized skin. The UI isn't bad yet I prefer the stock Android interface. While I got used to the Acer UI, I still had installed Nova launcher and was shuffling between the two. The phone does basic tasks without any hiccups. I was able to browse the web, stream YouTube videos and play basic games such as Candy Crush Saga and Temple Run without any lag.

However, it did freeze a couple of times while playing heavy graphic games such as Asphalt racing owing to its 1.3Ghz quad-core MediaTek MT 6735 processor paired with 2GB of RAM. Acer has added a Kids Centre to the Z530 that filters the preinstalled apps and brings them together. So you need not worry about the other apps when kids are playing on your phone. On multimedia front, the 8MP rear camera was about average as it took a  lot of time to focus on the subject. The colours too were not very accurate. The sound output of the DTS speaker at the rear was loud.

The 2420mAh battery onboard is impressive for this 5inch device as it lasted me over a day on  a single charge.

Bag it or Junk it: A good budget phone let down by its camera and UI