The Gionee S5.1 scores full marks in the looks department, but not on the camera front. It packs in an 8 MP rear camera and a 5 MP front-facing one. 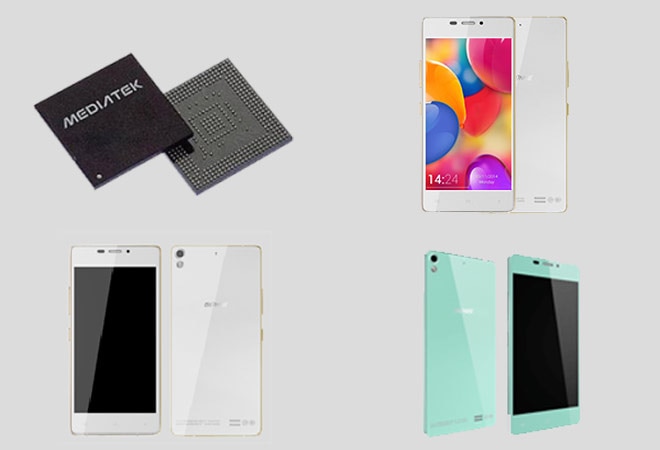 Remember Gionee's advertisement about the S5.5, the world's slimmest phone that the company claimed to be more than just pretty and not made of plastic? It has now not got a successor. The S5.1 is the new super slim, sleek device, adorning the crown of the thinnest smartphone in India.

Beautiful Design: While Gionee's S5.5 was pretty, the S5.1 is beautiful. This phone has shed a few millimetres and is super sleek at 5.1 mm. If you slip it in your pocket, you will often end up hunting for it as it weighs less than 100 grams. The slim design seems to be inspired by the iPhone 5S, with the metallic rim on the sides. There is a 4.8-inch HD display which is sharp and offers good sunlight legibility. The power key is on the left edge, along with the volume key. The charging port and the 3.5 mm jack is at the bottom. This phone is quite handy and the power key is approachable, a smart gesture to double tap the display to wake up the phone can also be activated. Gionee has also added a wet hand mode where the touch responds even when operated with wet hands.

Performance: Running on Android KitKat, the S5.1 has got Amigo UI and not the vanilla Android interface. All the apps are scattered on different home screens. Gionee has added a bunch of pre-loaded apps too. For those who aren't really comfortable with the Amigo UI (like yours truly), downloading Nova launcher works. This isn't a powerhouse either as it has got a 1.7 GHz octa-core processor by MediaTek and is paired with only 1 GB of RAM. Even with none of the apps running in the background, only 305 MB of RAM is free. There isn't any lag in terms of the performance. We consciously closed the running apps in the background regularly. The multimedia content watching experience is good and this includes basic games. But heavy graphic apps and games show some signs of lag. Surprisingly, the phone didn't heat up even once during our one week of testing.

Camera: The Gionee S5.1 scores full marks in the looks department, but not on the camera front. It packs in an 8 MP rear camera and a 5 MP front-facing one. While the results appeared decent on the phone's display, the edges were not very sharp when zoomed in. But considering the fact that most images are captured for sharing on social networking sites and not for taking larger prints, the camera does a decent job. The camera software also has modes such as smile shot, touch shot, V-sign shot and can also capture panorama shots.

Battery: Looking at the sleek design, I wasn't very sure about the battery backup. However, the 2050 mAh battery was good enough to last me a day on a single charge. My usage included couple of hours of calling, multiple email accounts, web browsing, social networking, few camera clicks, etc.

In the box: The Gionee S5.1 comes with a flip cover, a silicon back cover and four screen guards (two for the front and two for the rear panel).

Bag it or Junk it: It is a beautiful looking, media consumption device