In order to get the new feature, Signal users will have to update to Signal 5.3 for Android and iOS. 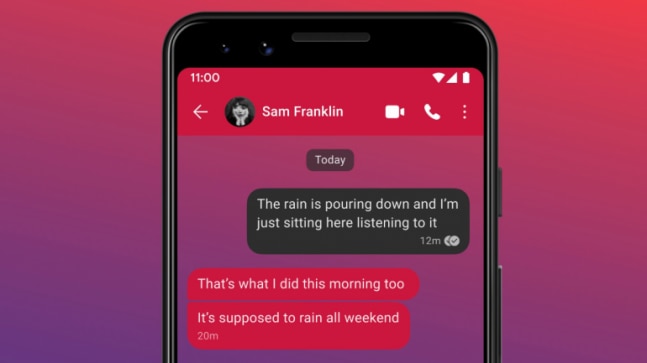 Signal is borrowing a lot of features from its rival WhatsApp. The open-source messaging app has now rolled out customized wallpapers. The new feature would let users set different wallpapers for different chats. In order to get the new feature, Signal users will have to update to Signal 5.3 for Android and iOS.

Announcing the feature, Signal wrote," Chat wallpapers have arrived! Customize wallpapers for each of your chats or just set a default background for everyone if your patience is wallpaper thin. Now available in Signal 5.3 for Android and iOS."

WhatsApp had also launched a similar feature a few days ago. The customized wallpaper option helps users in differentiating between the chats and also enhances the overall chatting experience. Users can go to the settings menu on Signal to set different wallpapers for different contacts.

Apart from this, Signal had also rolled out the Animated Sticker feature. Again a feature that is similar to WhatsApp, the animated sticker packs can be customizable and users can choose from the wide range of options given to them.

Signal is becoming increasingly popular in India after WhatsApp's privacy policies became the talk of the town. Acknowledging the popularity of Signal in India, Brian Acton, Executive Chairman of Signal Foundation had said, "At Signal, we don't collect any user data. People in India and across the world can see that and resonate with Signal's vision. The kind of transition we have seen in such a short time span is testament to that - and we are committed to keep working harder, to keep the momentum going, and to keep protecting everyone on Signal."

Signal has already rolled out some of the most important features including the customised chat wallpapers and more. Here are some of the other WhatsApp-like feature that Signal will get soon

Just like WhatsApp, Signal will now let its users update their statuses. In the about section on WhatsApp, users can write something about themselves. Signal has rolled out the same feature in the beta update.

Signal had a group call feature but it only allowed five participants but now it has increased the limit to eight just like WhatsApp.

Signal will now let users send a shareable group invite link, to invite other Signal users to join the groups. This feature has also been borrowed from WhatsApp.