Lenovo has announced the availability of its ThinkPad X1 Fold in India after a year and a half of its global debut. Here is a look at what the premium laptop has to offer to buyers.

Lenovo has launched its first flagship laptop with a folding display in India. Called ThinkPad X1 Fold, the premium offering enters the Indian market after a year and a half of its debut in the United States, back in January last year.

At the time, Lenovo introduced it as the "world's first foldable PC," featuring a dual-screen form factor with a multilink torque hinge allowing a folding design. With this, the laptop doubles up as a huge tablet when unfolded.

Other than the touch-based support, the ThinkPad X1 Fold also comes with a Bluetooth Mini Fold Keyboard and a built-in kickstand to let users operate it as a laptop by keeping it on a table. Interestingly, users can use both the dual screens or a single side of the fold as a display while using it as a laptop.

Here is a deeper look at what the company has to offer to the Indian buyers with the ThinkPad X1 Fold, now that it is available in the country. 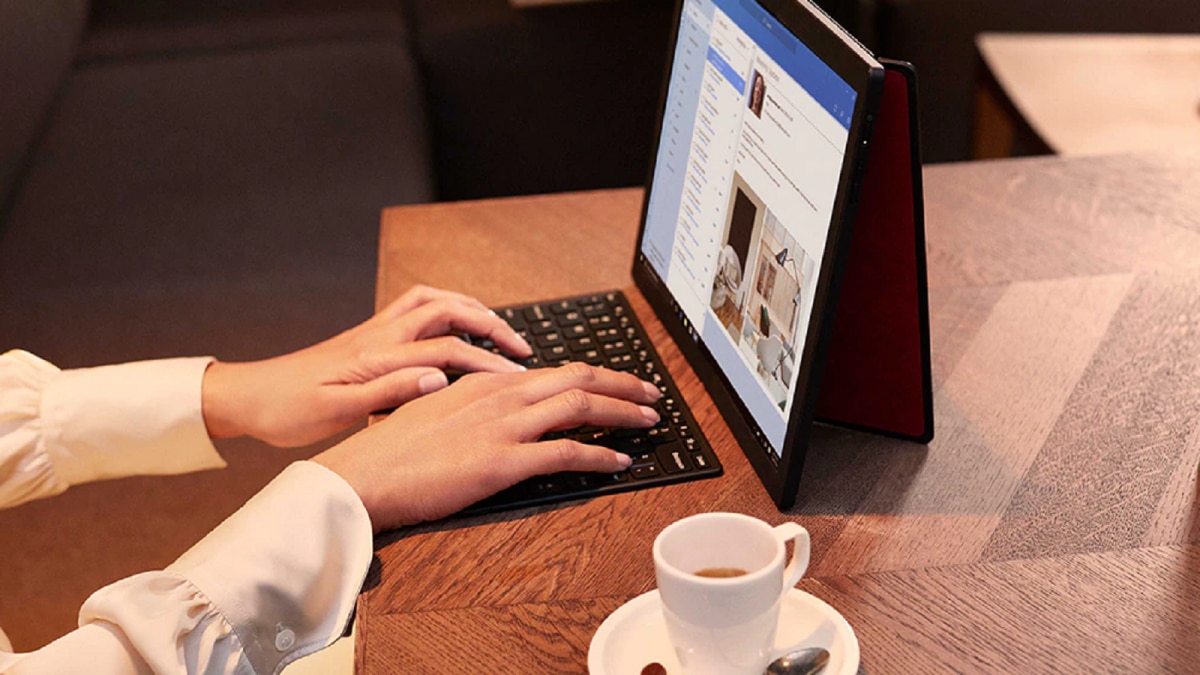 Lenovo ThinkPad X1 Fold has been priced at Rs 3,29,000 in India. However, it is available at a price of Rs 2,40,956 on the Lenovo India website. The discounted price is expected to be a limited time offer.

Customers can also opt for a no-cost EMI option for up to six months. Lenovo promises to deliver the ThinkPad X1 Fold within 6 weeks.

With the premium price tag, the Lenovo ThinkPad X1 Fold comes with a 13.3-inch 2K (2,048x1,536 pixels) Flexible OLED screen made by LG Display. As can be figured, the screen can be folded for multiple use cases.

This means users can fold it to use one of its sides, covering the other, as a laptop. Or it can be used horizontally as a notebook. The latter is meant to help artists and designers to sketch, providing a larger canvas than usual. A separately sold Lenovo Mod Pen, easel as well as built-in kickstand also help with this. The device is powered by an Intel Core i5 processor and comes with 11th-generation Intel UHD graphics. Memory options include 8GB of LPDDR4x RAM and up to 1TB of SSD. Connectivity options include Wi-Fi 6, Bluetooth v5.1, 5G/ 4G LTE support (optional) and two USB Type-C 3.2 Gen 2 ports.

Users can opt for up to Windows 10 Pro on the ThinkPad X1 Fold. Additional software packages like Microsoft Office Home and Business 2019 or Microsoft Office Professional 2019 can also be added on to it.

There is a 50Wh battery powering the laptop that promises up to 8.5 hours of juice. Other features include four microphones, a Dolby Atmos speaker system as well as a HD webcam.