OnePlus 7T Pro leaks: The leaked images of OnePlus 7T Pro show two cases. One of the cases has a transparent profile and another comes with an opaque solid black colour profileac 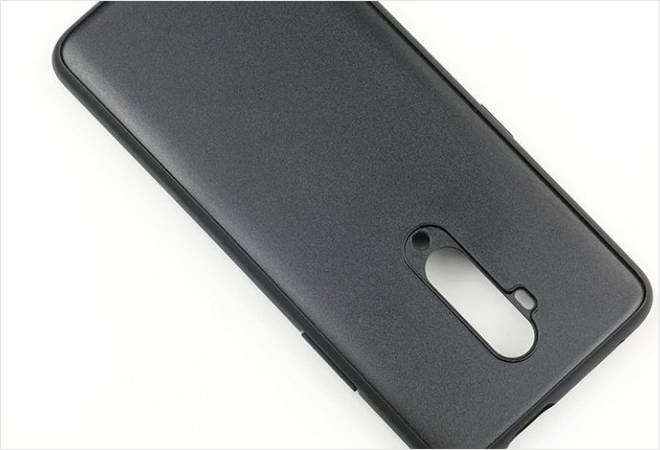 OnePlus is set to announce a new set of OnePlus 7T devices along with the new OnePlus TV. There have already been several leaks giving a peak into what's the new OnePlus 7T and OnePlus 7T Pro devices are going to  look like. The latest leak comes in the form of protective case cover designs. The case design has been leaked for OnePlus 7T Pro and shows the cut-out for the pop-up selfie camera and the vertical camera module at the back. The leak is in line with the previous leaks which also showed centrally aligned vertical camera module.

The leaked images of OnePlus 7T Pro show a case which has a transparent profile and another with an opaque solid black colour profile. The transparent case resembles OnePlus 7T Pro's TPU case. The leaks have been posted by a Twitter tipster Sudhanshu Ambhore and appear to have been obtained from product listing page. The case designs show space for the power and volume buttons and also a separate cut-out for the pop-up camera on the top side of the frame. However, not everything is similar to the OnePlus 7 Pro. There is a new hole on the left side of the camera module cut-out. There is another hole at the base of the camera module which looks to be for the LED flash, just as the one on the OnePlus 7 Pro. Rumours suggest that the second sensor could be a Time-of-Flight sensor. The ToF sensor A ToF camera uses infrared light (lasers invisible to human eyes) to determine depth information.