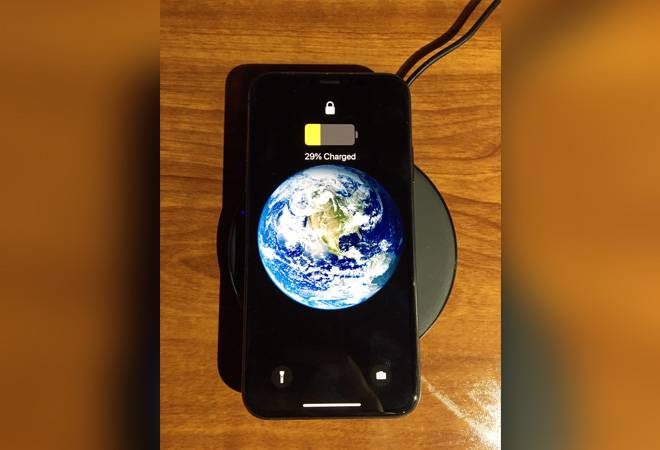 The current and the most popular wireless charging standard is Qi (pronounced as Chee). Developed by Wireless Power Consortium, Qi uses an inductive charging pad to charge compatible devices over up to 4cm. Qi was first adopted by Nokia in 2012 in its Lumia 920 smart phone and has 300-member companies. Other than Qi, there is also an AirFuel Alliance having 150-member companies. The AirFuel Alliance is promoting the use of resonant technology for wireless charging and has only one certified product type. However, Qi is fast becoming the most popular wireless charging standard and even Apple has adopted the standard for its iPhone models.

Qi wireless charging works with two coils - one of the coils is built into the phone and the other comes inside the wireless charging pad. The charging takes place when both the coils are close to each other and transfer of energy takes place from the charger to a receiver by the way of electromagnetic induction. The Qi charging pad has an in-built induction coil that creates an alternating magnetic field. The receiver coil inside the smartphone converts this field back into the AC power which is then passed through a power rectifier and a stabiliser, and is eventually converted into DC power for the battery. Several bathroom accessories like rechargeable toothbrushes have been using inductive wireless charging since the '90s. However, charging a phone wirelessly, but nonetheless stuck to a charging pad, is barely a convenience.  Add to this, if you want to pick your phone up to type something then the charging stops! But a great wireless alternative, Radio Frequency (RF) wireless charging, is already here.

Radio waves are all around us and are available in a variety of frequency ranges, especially in the urban areas. These waves, if properly harvested, can be used to generate energy. However, at present, RF chargers use a hub that converts electricity into radio frequencies which can then be fired up to a distance of 5 meters. Unlike the Qi charging, radio frequency chargers use electromagnetic waves and not induced magnetic fields (induction). Almost any kind of device can pick these radio frequencies and convert it back to electricity. So, none of your wireless gadgets including headphones, game controllers etc., would ever require charging. However, these radio frequencies lose energy very quickly as they travel through the air. For example, the power output falls from 10 watts to just 2 watts when a wireless device is moved 40cm away from the hub, and moving further beyond these distances, the output comes down to milliwatts.

Future will eventually be battery-less, and smartphones, laptops and other wireless gadgets of the future won't need to have a battery built into them. For all this to happen, wireless charging first needs to solve the efficiency problem. Safety is another big issue that needs to be addressed. The technology is exciting but there are still several unanswered questions like the overall increase in load on the grid. Almost 2.5 billion smartphones will be in circulation by the end of 2019 and if all had inductive charging, the impact could be over 23,000MWh consumed per day. To produce this power cleanly, the added load would require an additional 1,400 wind turbines. A lot of this additional stress on the grid is owing to the fact that the wireless charging is still an inefficient technology and could have severe environmental effects down the road.

Why Apple's video streaming service could be a 'Netflix Killer'