The Vivo Y20G also features an AI Triple camera-setup which comes with a number of features. 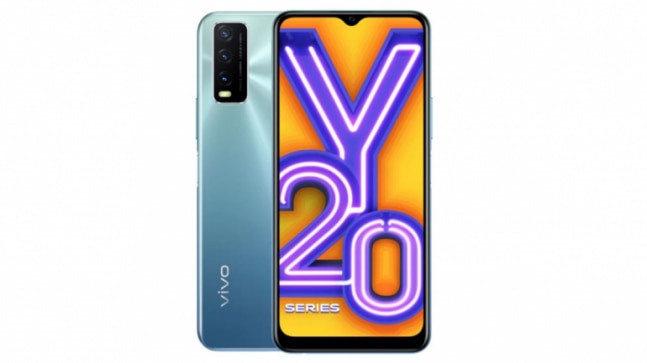 Vivo has launched a new smartphone in India, with the company announcing a new device in its Y-series of phones. Called the Y20G, this phone has been priced at Rs 14,990 for 6GB+128GB storage variant. The phone has been announced in two colors — Obsidian Black and Purist Blue and is available for purchase through the Vivo India E-store, Amazon, Flipkart, Paytm, Tatacliq, and across all partner retail stores.

The Vivo Y20G has been launched with impressive specifications and a feature set that's again good for the price. The phone comes with interesting hardware, with the device featuring the Helio G80 octa-core processor at the heart of it.

The company claims that the phone comes with a Graphics Processing Unit (GPU) which offers "98% more power, higher image quality and stronger performance." As for the processor, it is said to offer good performance as it incorporates the HyperEngine Game Technology that "speeds up game load time and provides a seamless gaming experience."

The phone also offers a big 5000mAh battery, which the company claims offers enough juice for continuous movie streaming and intensive gaming. The battery on the device can be charged at a speed of 18W to top it up quickly.

As for connectivity, the phone comes with support for WiFi 2.4Ghz and 5Ghz. there's also Bluetooth 4.2 and a MicroUSB port. Sensors on the phone include an accelerometer, ambient light sensor, proximity sensor, e-compass and gyroscope.

Samsung M02s up for grabs on Samsung.com, Amazon; check out price, specs, features