AgustaWestland VVIP choppers case: VVIP Chopper Scam Case: Earlier, the ED also had alleged that Gupta's replies were contrary to records and his conduct has been non-cooperative 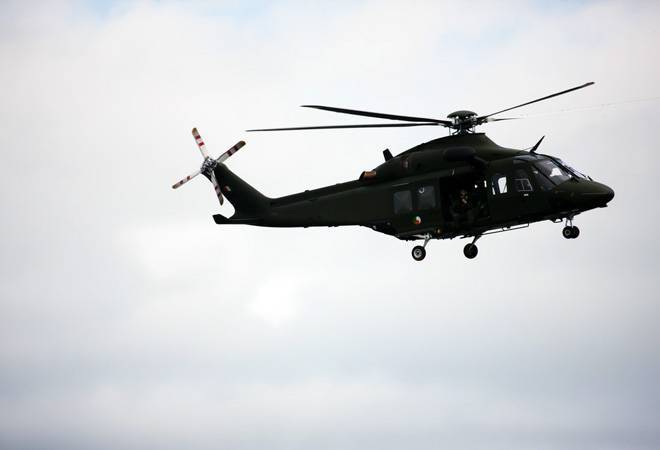 A Delhi court on Monday has extended the judicial custody of Sushen Mohan Gupta till May 3. Gupta, an alleged defence agent, was arrested by the Enforcement Directorate in charges of money laundering connected with the Rs 3,600-crore AgustaWestland VVIP choppers scam case.

Previously, the court had dismissed his bail plea. The Judge, while dismissing Gupta's plea, had said, "The accused Mr Sushen Mohan Gupta was arrested after his role surfaced through the statement of Rajiv Saxena (approver in the case) and seizure of diaries, pen drive and documents of accused, which explains the transactions regarding proceeds of crime/money trail."

Rajiv Saxena, who had turned approver in the case, was deported from the UAE and arrested by the agency.

ED had claimed, "During the course of investigation, Saxena, in his statements, stated that Interstellar Technologies, a company which received the AgustaWestland kickbacks, was controlled by accused Gautam Khaitan and Gupta."

The agency had alleged that in connivance with the lawyer Khaitan, the proceeds of crime that were received in the accounts of Interstellar were transferred by Gupta through various companies in different nations.

The ED had claimed that Saxena has also produced two diaries, other documents and a pen drive, all of which contained information related to laundering of kickbacks in AgustaWestland scam.

The agency had added, "Gupta during the period when kickbacks were received in the accounts of Interstellar through IDS Tunisia had direct dealing with Interstellar and kickbacks from Agusta had been transferred to several entities/ persons having direct links with him."

Earlier, the ED also had alleged that Gupta's replies were contrary to records and his conduct has been non-cooperative.