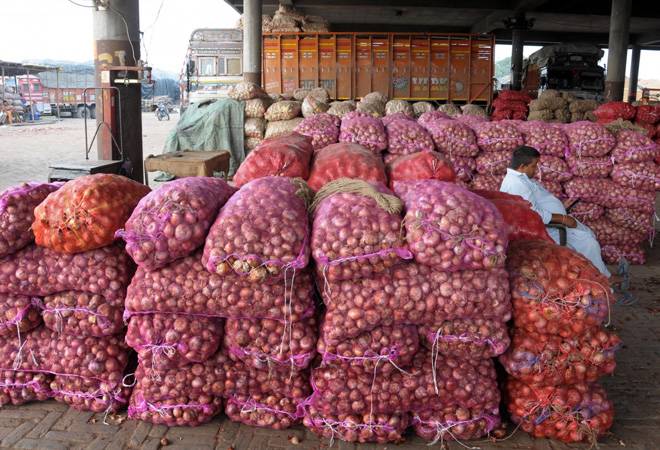 The Cabinet on Wednesday gave its approval to the Food Ministry's recent decision to import 1.2 lakh tonnes of onions in a bid to improve the domestic availability of the key kitchen staple and check prices.

Finance Minister Nirmala Sitharaman informed about the decision at a media briefing after the Cabinet meeting.

On November 16, Food and Consumer Affairs Minister Ram Vilas Paswan had announced that the government will import 1,00,000 tonnes of onions through state-run MMTC, which has already floated a tender for buying 4,000 tonnes of the commodity from the global market.

The government is also facilitating private imports and also relaxed phytosanitary and fumigation norms till December.

The move comes after the government's various efforts to boost the domestic availability failed to cool down the retail prices significantly. Retail prices of onions are continuing to rule above Rs 60/kg in the national capital and other consuming centres.

Onion prices have come under pressure due to 26 per cent fall in the production to 52.06 lakh tonnes during the kharif output late-kharif seasons of 2019-20.

The all-India average retail price of onion stood at Rs 60.38 per kg on November 15, compared with Rs 22.84 per kg on the same date last year.

Besides easing norms for onion import, the government has taken several measures including ban on exports, stock limits on traders and sale of the commodity stored as buffer, at a subsidised rate.