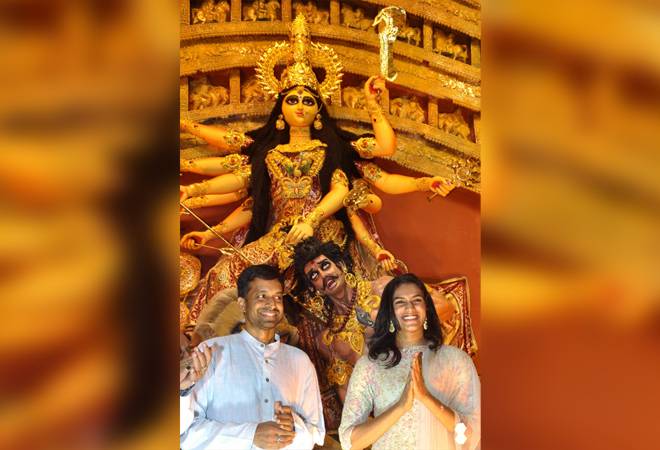 Top Indian shuttler P.V. Sindhu will not be shaking hands during next week's All England Open Badminton Championships in Birmingham and use the traditional 'Namaste' greeting instead following the coronavirus outbreak, the 24-year-old has said.

More than 106,000 people have been infected by the coronavirus across the world and 3,600 have died from it, according to a Reuters tally of government announcements.

It has wreaked havoc on the sporting landscape as well forcing athletes into making lifestyle changes in the Olympic year.

"Only Namaste," world number six Sindhu told Sunday's Times of India newspaper when asked how she planned to greet players and officials during the March 11-15 tournament in Birmingham.

"We need to avoid it (handshakes). It's always good to be on the safer side, to take extra care of oneself," said the Rio Olympics silver medallist.

"Wear protective mask, use hand sanitisers all the time, do not move in groups and avoid crowded places. It's good to be careful all the time."

Seven Indian badminton players have pulled out of the Birmingham tournament over coronavirus fears.

"I advise our sportspersons and common citizens also to be careful while mingling with various people," Rijiju tweeted last week.

"For some time, it's absolutely not necessary to shake hands or hug. We can manage with our traditional Namaste, Salaam, Jai Hind and many local words for greetings."

England's cricket team have also decided not to shake hands on their tour of Sri Lanka this month and will use fist bumps instead to greet each other following the outbreak.