According to MTaI, 70 per cent of the world's total wealth and technology is in the West and Japan (India accounts for about 5 per cent of each) 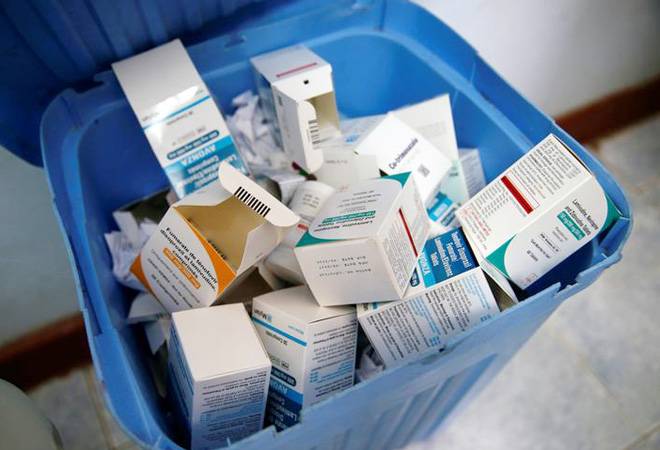 Four years after India permitted 100 per cent foreign direct investment (FDI) through automatic route in medical devices sector, the inflows have dropped to pre-liberalised days. The sector saw $66 million FDI in 2018, a steep decline from a peak of $439 million in 2016. The FDI in medical devices in 2015, the year in which the norms were changed, was $161 million. Industry leaders representing both global medical technology majors and domestic medical device makers called for changes in government policies to encourage more investments in the sector.

"On our suggestion and request, in 2015, the government had allowed 100 per cent FDI through automatic route in India. This change, which came into effect in the first quarter of 2015, took the annual FDI inflow in medical devices that year from an average of $62.5 million to $161 million. In 2016, the first full year of this change, the FDI propelled to $439 million. The FDI seemed set for a similar climb in future and establish India as an attractive destination for investments in medical device manufacturing. However, post that, the FDI dishearteningly fell, first to $184 million in 2017 and then to $66 million in 2018. We posit that this decline was the unintended consequences of the well meaning intention but an un-nuanced implementation of price control (on medical devices)," Pavan Choudary, Chairman MTaI (Medical Technology Association of India) said.

The opinion over 'price control', however, was not unanimous. Rajiv Nath , Forum Coordinator, AiMeD (Association of Indian Medical Device Industry) welcomed the price control and wanted more regulation to pressurise medical device sector to opt for local production. "FDI in Medtech dropped as what came in the first round was mainly to finance imports and trading, build warehouses infrastructure and not build factories. The huge profits and open access to an unregulated market is self-defeating to drive FDI. Replicate policies in electronics and mobile phones to encourage Make-in-India of medical devices," Nath said.  "Favourable policies to boost domestic manufacturing will drive investments from Indian investors. This will lead overseas MNCs to follow to protect their market share. Did government allow import of pre-owned phones? Would it have helped manufacturing of phones or FDI for manufacturing these in India or hindered it? So, why do we allow pre-owned imports for medical devices? Did Apple - Foxconn start manufacturing and investing in Indian factories to retain and gain market share as they were losing out with the 20 per cent customs duty?" Nath asked.

According to him, the 'importers lobby is very powerful and persuasive in blocking and delaying any meaningful strategic policy decisions'. "The Medical Devices draft policy by Department of Pharmaceuticals is in limbo; the attempt by think tank Niti Aayog after an initial inter ministry consultation meeting to drive policies to boost manufacturing is in limbo; the attempt by Department for Promotion of Industry and Internal Trade to create a National Medical Devices Promotion Council announced in December by Commerce Minister Suresh Prabhu is yet to hold its first meeting," Nath complained.

MTaI's Choudary said that the organisation he represents is 'willing to once again play its humble role in boosting FDI, this time more enduringly with the government's steady support'. "Our Prime Minister's understanding of technology is praiseworthy. The PMO, NITI Aayog and the Department for Promotion of Industry and Internal Trade (DPIIT) are keenly aware of the change, which Big Data, IoT and AI are bringing to medical device manufacturing. The cradles of these technologies as well as the coffers, which will support them, are scattered internationally. In Medical Devices, it is time to resume our collaboration with the capital, technology and export markets of the world," he said.

According to MTaI, 70 per cent of the world's total wealth and technology is in the West and Japan (India accounts for about 5 per cent of each). "Medical device industry is high technology and capital dependent. Therefore, it is vital that the global community is kept engaged for this wealth and technology inflow as well as to help co-create an ecosystem for manufacturing of medical devices in India," Choudary says.