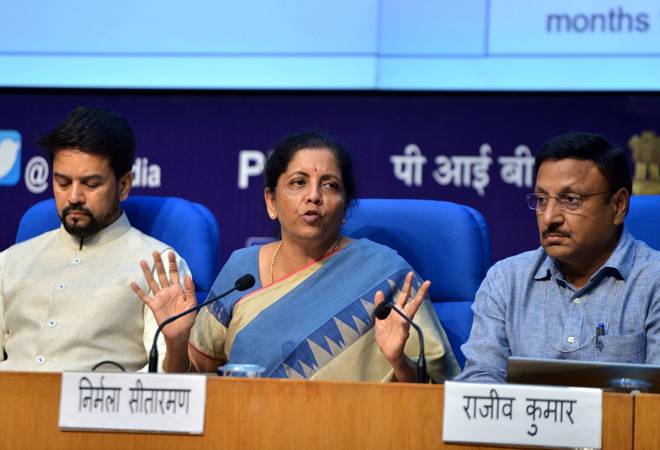 Finance Minister Nirmala Sitharaman has announced a slew of measures to nurse the ailing Indian economy to health, including an immediate release of Rs 70,000 crore to public sector banks. She also said that banks have agreed to pass on the benefits of repo rate cut to its customers and that EMI for various loans will be reduced by linking repo rates to interest rates.

These announcements come as Moody's cut India's GDP growth forecast to 6.2 per cent in 2019 calendar year from its previous estimation of 6.8 per cent. Sitharaman addressed issues from taxation measures and facilitating wealth creators to lending a hand to automotive sector as well as banks and MSMEs.

Here are the measures the Finance Minister announced to help banks, NBFCs and MSMEs.

BT Buzz: Changes in Companies Act have a carrot and stick approach

CSR violations not to be treated as criminal offence: Nirmala Sitharaman