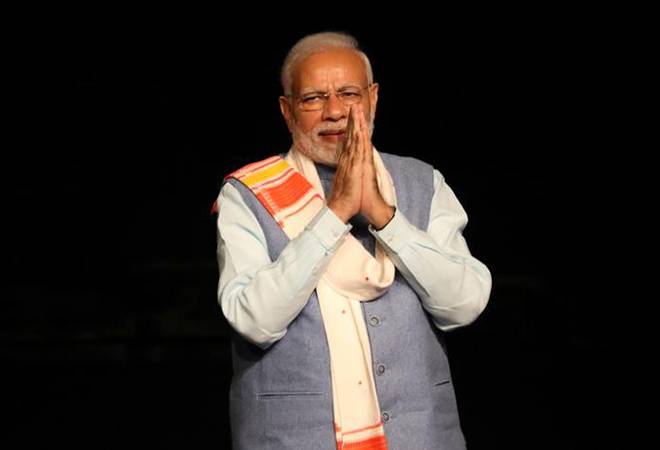 Narendra Modi is all set to take oath as the 15th Prime Minister of India this evening at the Rashtraparti Bhavan in New Delhi. President Ram Nath Kovind will administer the oath of office and secrecy to him as well as other members of the Union Council in front of a large gathering of national and international dignataries. The NDA won the 2019 polls by a massive margin - it has a strength of 353 MPs in the 543-member Lok Sabha, out of which BJP alone accounts for 303 seats. This is the highest every tally for the BJP, which had got just two MPs in its Lok Sabha electoral debut in 1984. Here are 10 things to know about the ceremony:

The oath-taking ceremony will be held from 7 pm to 8.30 pm according to Rashtrapati Bhavan spokesperson Ashok Malik. After the 90-odd minute ceremony, about 40 dignitaries and select invitees will stay back for the dinner to be hosted by President Ram Nath Kovind. The guest list includes the leaders of all BIMSTEC [Bay of Bengal Initiative for Multi-Sectoral Technical and Economic Cooperation] countries, Vice President M. Venkaiah Naidu, Modi, the leaders from the opposition parties, chief ministers of different states, ambassadors, diplomats and Bollywood celebrities. The dinner is scheduled to begin at 9 pm.

As in 2014, today's swearing-in ceremony will be held on the forecourt of the Rashtrapati Bhawan - the T-shaped path that leads to the main building from the main gate. This will be the sixth time a prime minister, in the political history of India, takes oath on the forecourt instead of Rashtrapati Bhavan's historic Durbar Hall. The record number of guests is the reason for choosing the forecourt.

Over 8,000 guests are expected to attend the ceremony. That's about 3,000 more attendees than the turnout during Modi's first oath-taking ceremony in 2014. Apart from the leaders of BIMSTEC countries, including Bangladesh, Myanmar, Sri Lanka, Thailand, Nepal and Bhutan, heads of the states from Kyrgyzstan and Mauritius will grace the ceremony. The chief ministers of all states have been invited, and so was IMF Managing Director and Chairman Christine Lagarde. From the Opposition, Congress President Rahul Gandhi and UPA Chairperson Sonia Gandhi have confirmed their attendance. The families of BJP workers who were allegedly killed in political violence in West Bengal in the last one year have also been invited.

West Bengal CM Mamata Banerjee, Odisha CM Naveen Patnaik and Chhattisgarh CM Bhupesh Singh Bhaghel have expressed inability to attend the event. While Banerjee  rejected the invite to protest accusations of political murders in West Bengal, Bhaghel cited prior engagements as reason of his inability to be present at the ceremony.

After the swearing-in ceremony, the guests will be treated with high tea and snacks including samosas, paneer tikka and sweets. The dinner hosted by President Ram Nath Kovind for the foreign leaders will feature both vegetarian and non-vegetarian options. A notable speciality to be served will be 'Dal Raisina', a speciality of Rashtrapati Bhavan's kitchen. The dish's main ingredients are brought from Lucknow and it is cooked for about 48 hours.

The dinner will also be attended by Modi, the leaders from the opposition parties, chief ministers of different states, ambassadors, diplomats and Bollywood celebrities.

This will be the biggest event held in Rashtrapati Bhavan. Then again, it is a historic win. Modi is not only the first PM in nearly five decades to win a majority in consecutive polls, but he has also achieved the rare feat of returning to power at the Centre with an even bigger majority. Moreover, he is the first BJP leader who has been elected for a second term after completion of his five-year tenure, a feat so far achieved only by three Congress leaders - Jawaharlal Nehru, Indira Gandhi and Manmohan Singh.

Along with Modi, his Council of Ministers will also take part in the oath-taking ceremony. The selected MPs were to meet Modi at 4:30 PM today at 7, Lok Kalyan Marg. The list includes:

Earlier in the day

Ahead of being sworn in for his second consecutive term, Modi paid tributes to Mahatma Gandhi at Rajghat and BJP veteran late Atal Bihari Vajpayee at Sadaiv Atal in the morning. He also placed a wreath at the National War Memorial adjoining the India Gate in the capital. Several senior BJP leaders, including party chief Amit Shah, were also present.