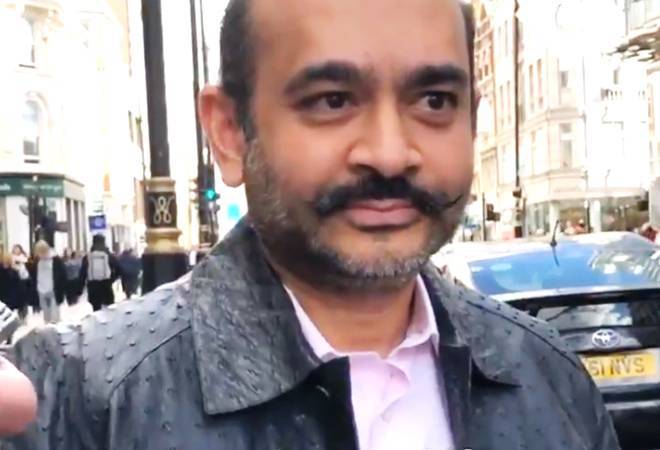 Fugitive billionaire diamantaire Nirav Modi, a prime accused in $2 billion Punjab National Bank (PNB) scam, appeared before a UK court on Thursday via videolink from his London prison and was further remanded in custody till February 27, 2020.

The routine "call-over" hearing at Westminster Magistrates' Court was presided over by Judge David Robinson, who told Modi that his case is proceeding in accordance with the directions for a final hearing on 11 May, 2020.

"I am told that your case is proceeding in accordance with the directions for a final hearing on 11 May," the judge told Modi, as he set the next 28-day remand hearing via videolink for February 27.

Modi, 48, has been in Wandsworth Prison since March 2019 when he was first arrest and has not been given bail despite five attempts. His extradition trial is scheduled for five days starting May 11, with the case management hearings in the case set to begin once all the evidence has been handed in to the court for the trial.

The fugitive billionaire will remain in judicial custody pending a full extradition trial scheduled and must appear for call-over hearings until the case management for the trial starts from May this year.

The diamond merchant denies the charges of fraud and money laundering and his defence team, led by barrister Hugo Keith, has claimed that the Indian government has wrongly "blackened" Modi's name as a "world-class schemer".

During the last call-over hearing in September, Judge David Robinson had told Nirav Modi that there was nothing substantial to deal with and that the court was working towards a five-day extradition trial hearing for May 11-15, 2020.

Modi has been behind bars at Wandsworth, one of England's most overcrowded prisons, since his arrest on March 19 on an extradition warrant executed by the Scotland Yard on charges brought by the Indian government.

During subsequent hearings, the UK court has been told that Modi was the "principal beneficiary" of the fraudulent issuance of letters of undertaking (LoUs) as part of a conspiracy to defraud PNB and then laundering the proceeds of crime.

Budget 2020: How can FM Nirmala Sitharaman put India back on growth trajectory towards a $5 trillion economy