While Rajinikanth is all set for his latest release, his fans in Mumbai have planned prayers in the city's Sion Temple to celebrate the grand opening of the movie 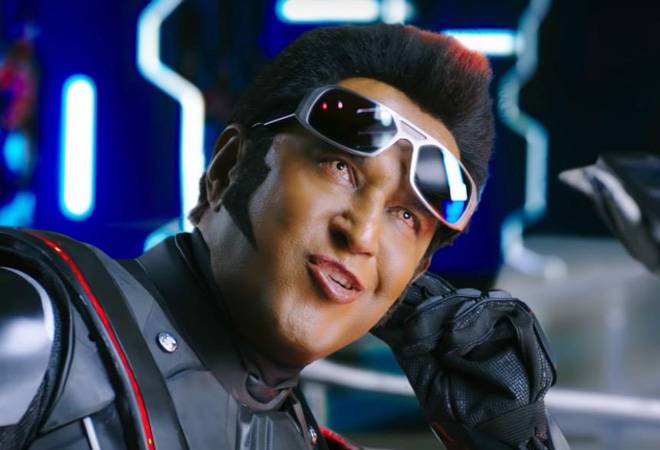 With a budget of more than Rs 500 crore, S Shankar's 2.0 is by far the most expensive Indian film till date. While Rajinikanth is all set for his latest release, his fans in Mumbai have planned prayers in the city's Sion Temple to celebrate the grand opening of the movie.

Continuing the several years' tradition, the Maharashtra State Head Rajini Fans Welfare Association (MSHRFWA), a fan club of Superstar Rajinikanth, has planned for celebrations at the temple from early morning at 4 am on Thursday. After the prayers, the fans will head to the Sion multiplex for the first show of the 2.0, reports Mid-Day.

The MSHRFWA president Thalapathi Athimoolam said that they had invited a dance troupe to add a local flavour to the celebration. "They will perform Karakattam; an ancient folk dance practised in Tamil Nadu. Post this; the procession will head towards PVR Sion, dancing to the beats of melam and banjo," he added. The fan club has also planned to showcase a 69 feet tall poster of the Thalaivar outside the theatre, the report said. The MSHRFWA fan club has completed 30 years.

Apart from the huge celebrations and pre-bookings for the movie, trade analyst Ramesh Bala has also shared a piece of information regarding the film's sequel. He said that the movie's director Shanker has not ruled out the possibility of a sequel to 2.0. He added that with the right script 3.0 is possible. Ramesh also stated that the movie's advance ticket booking had reached nearly Rs 120 crore.

Dir @shankarshanmugh is not ruling out a sequel to #2Point0

He says any sequel is possible only if #Superstar@rajinikanth is part of it..

If he can come with a right script, then #3Point0 is definitely possible..

Most of the single screen theatres have already been sold out. A report in Koimoi says that 2.0 has received the same response as Baahubali 2 in Mumbai.

According to reports, the movie's producer Lyca may have collected over Rs 370 crore by selling its distribution rights to various individual distributors.

Rajinikanth's 2.0 is the first movie in the Tamil film industry to earn more than Rs 100 crore before its release.  The movie will release in around 10,000 screens worldwide and is the first film in the country to be entirely shot in 3D.

Apart from Enthiran and Shivaji, 2.0 is the third collaboration between Rajinikanth and director Shankar. The movie also stars Akshay Kumar and Amy Jackson.

Also Read: Rajinikanth's 2.0 breaks Baahubali 2: The Conclusion's this record even before its release!

Meet the highest paid woman in the world