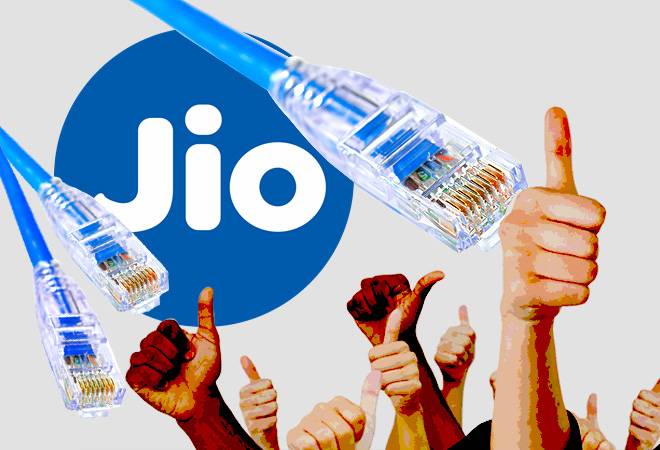 Mukesh Ambani's Reliance Jio is gearing up for the commercial launch of its much-awaited GigaFiber broadband service. The GigaFiber, which has been in public beta testing under the 'Preview offer' for almost a year now, is expected to announce three data plan pricing and products at its Annual General Meeting on 12 August 2019.

According to Merrill Lynch, from US brokerage firm Bank of America, Reliance Jio GigaFiber's commercial launch in India is unlikely to arrive with big discounts but will focus on clubbing value-added offerings. She added that Jio will aim to reach around 50 million GigaFiber subscribers in the next five years. Merrill also predicts that Reliance Jio GigaFiber will launch with at least three data plans, starting at Rs 500 per month.

Plan 1: Basic 100Mbps connection: Jio, under this plan, could offer only the broadband service with a minimum speed of 100Mbps.

Plan 2: Basic connection + GigaTV: The second plan could offer additional access to GigaTV service through a set-top box apart from the broadband service. However, GigaTV is expected to be the IPTV service, which will rely on Internet to stream TV channels.

Plan 3: Basic connection + GigaTV + IoT: The third plan, which is expected to be priced quite high, i.e. over Rs 1,000 per month, could offer GigaFiber broadband service, GigaTV subscription and a third IoT controller device to help users control smart appliances.

All the plans of Reliance Jio GigaFiber are expected to get complimentary landline connection for free.