India's unemployment rate remains high for the month of November 2019 at 7.48% amid lowest labour participation rate of just 42.37% 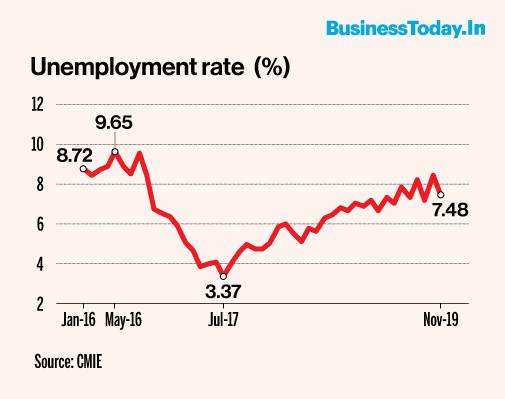 The states with the lowest unemployment rate in November are Puducherry (0.9%), Meghalaya (1.8%), Karnataka (2.2%), Tamil Nadu (2.5%) and Madhya Pradesh (3.6%). The survey has not covered the newly formed union Territories of Jammu & Kashmir and Ladakh.

The survey covers 43,600 households per month to enable estimation of monthly unemployment rate.

Also view: Infographic on what is the job scene in India?

Also read: 'Remains to be seen if we have bottomed out': SBI report on GDP growth slowdown