Over 700,000 minority Rohingya Muslims have fled to Bangladesh, where they joined roughly 200,000 others already sheltering there. 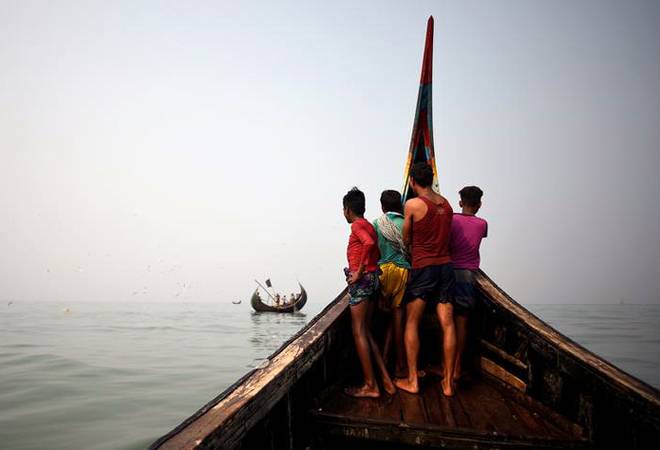 The United Nations aid agencies and partners have appealed for USD 920 million to help meet the "dire needs" of more than 900,000 Rohingyas who have fled to Bangladesh to escape the violence in Myanmar's restive Rakhine State, triggering one of the world's worst refugee crises.

According to the UN estimates, over 700,000 minority Rohingya Muslims have fled to Bangladesh, where they joined roughly 200,000 others already sheltering there, since August 25 last year when the army launched a military crackdown.

The 2019 Joint Response Plan for the Rohingya humanitarian crisis seeks to raise USD 920 million to assist more than 900,000 refugees from Myanmar and the more than 330,000 vulnerable Bangladeshis hosting them.

"Our humanitarian imperative today is to stabilise the situation of stateless Rohingya refugees and their Bangladesh hosts. We are hoping for timely, predictable and flexible contributions in order to meet the goals of this year's appeal," said Filippo Grandi, UN High Commissioner for Refugees (UNHCR).

Critical aid and services such as food, water, sanitation and shelter represent more than half of this year's funding needs, which include health, education, child protection and addressing sexual and gender-based violence.

"The solidarity shown by the Government of Bangladesh and the commitment of humanitarian partners ensured the successful implementation of the first Joint Response Plan in 2018," said Antonio Vitorino, Director General of the International Organization for Migration (IOM).

"Moving forward, we reiterate our commitment to meeting the dire needs of this population and urge the international community to support these efforts," Vitorino said.

"But while we tackle these immediate humanitarian needs we must not lose sight of solutions," Grandi said, reiterating his call that Myanmar "take urgent action to address the root causes of this crisis which has persisted for decades, so that people are no longer forced to flee and can eventually return home in safety and dignity".

The third joint humanitarian appeal builds on achievements made to further stabilise the situation of Rohingya refugees.

Over the past year, the 2018 plan has supported aid agencies in improving conditions across refugee settlements by providing basic assistance, upgrading living conditions and carrying out disaster risk mitigation measures for monsoon and cyclone seasons.

Despite these and other achievements, the Rohingyas remain in an extremely precarious situation.

UNHCR underscored that until the root causes of displacement in Myanmar are addressed and refugees can voluntarily return in safety, Bangladesh must be supported to meet the needs of refugees and the host communities.

While some 860,000 refugees regularly receive food assistance, only 240,000 manage to diversify their diet beyond the minimum package of rice, lentils and oil, which must be expanded to ensure better nutrition.

"We encourage countries in this region and beyond to show solidarity with Bangladesh and to support Myanmar to start creating conditions for the voluntary, safe and dignified return of Rohingya refugees," the UNHCR chief said.

The UN described the atrocities by the Myanmar military on Rohingya refugees as a textbook example of ethnic cleansing while the rights groups called it a genocide.

Buddhist-majority Myanmar, however, rejects the charge, saying its security forces launched a counter-insurgency operation on August 25 in response to Rohingya militant attacks.