The railway ministry issued a statemrnt: "Vande Bharat Express was standing 18km from Tundla since 6.30 am. There seems to be disruption due to a possible cattle run over." 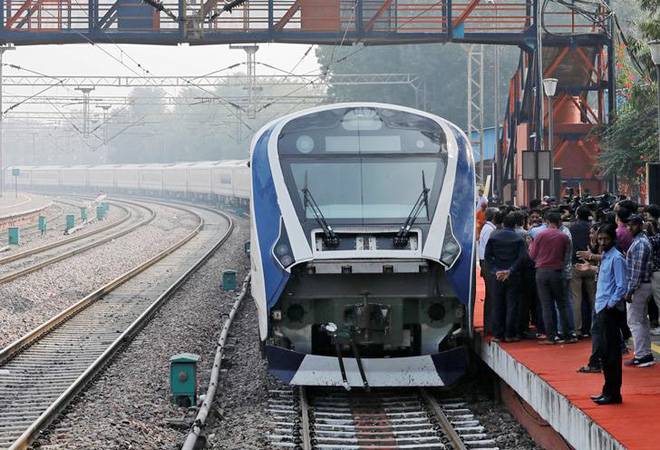 The Vande Bharat Express, also known as Train 18, which was flagged off by PM Narendra Modi yesterday, broke down early on Saturday and was stranded around 18km from Tundla at 6.30 am. The Vande Bharat Express, which is claimed to be the fastest train in the country, was returning from Varanasi to New Delhi when it experienced an issue related to brakes in the train's last coaches.

Train 18, scheduled to reach Delhi in around 2.5 hours, started making strange sounds, following which smoke with a foul smell was noticed in the last four coaches. During the inspection, engineers found that breaks of the last few coaches had jammed, following which they decided to move the train at 10 kmph. However, the train encountered the same problem again. After resolving the issue,  the train engineers, after consulting with senior officials, decided to run it at 40 kmph.

The railway ministry issued a statemrnt: "Vande Bharat Express was standing 18km from Tundla since 6.30 am. There seems to be disruption due to a possible cattle run over, " reported ANI.

This was not Train 18's commercial run. The train was bought to Delhi for its first commercial journey on Sunday. The Train 18, which can run up to a maximum speed of 160 kmph, is already overbooked beyond the capacity. Engineers are most likely to get the Train 18 to the nearest maintenance shed, if not New Delhi, reported The Indian Express.

Due to the breakdown, there stands a possibility of uncertainty over the first commercial run of Train 18 on Sunday.