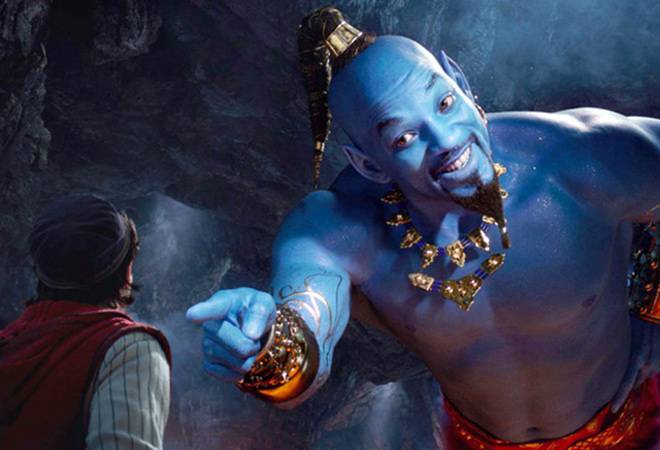 Disney's latest musical fantasy film Aladdin has started its box office magical carpet ride by earning Rs 4.25 crore net in India. Directed by Guy Ritchie, Aladdin is a live-action adaptation of Disney's 1992 animated film of the same title. According to trade analyst and film critic Taran Adarsh, Aladdin is dominating in the Indian market. The film has emerged as the first choice of moviegoers, said Adarsh.

Besides, Aladdin has also given a tough fight to romantic-comedy De De Pyaar De. This Ajay Devgn's film earned Rs 3.58 crore on its second Friday. The film was released on May 17.

Aladdin, made on a budget of $183 million, is also strong in the US market as well. The film minted a very promising $7 million on the day of its release. Aladdin features Will Smith as Ginie, Mena Massoud as Aladdin and  Naomi Scott as Princess Jasmine of Agrabah.